We were gut-punched by an overwhelming amount of crackling Chi energy after witnessing the Iron Fist teaser trailer back in October, and received subsequent beatings thanks to some great on-set images. Well, thanks to our good friends at IGN, we just received the first four, incredibly official stills from the forthcoming Netflix series including Danny Rand (Finn Jones) demonstrating his dazzling sword stance. OBSERVE! 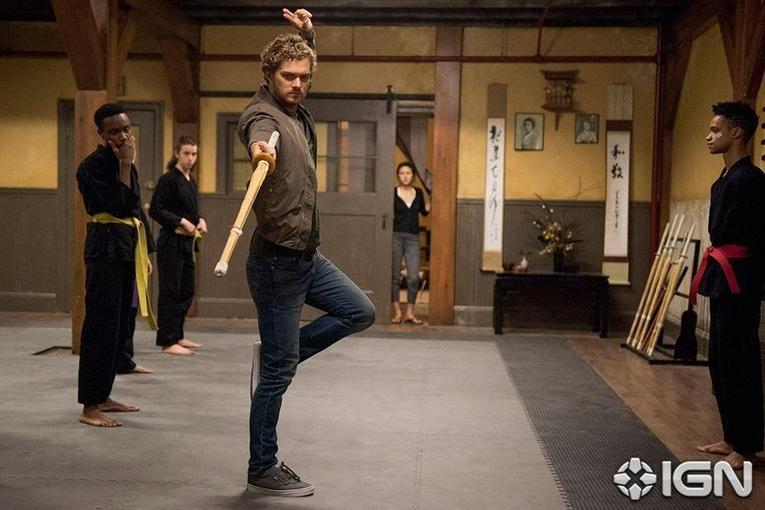 Is this Colleen Wing’s dojo? Claire tore off an advertisement to this very dojo at the end of Luke Cage, so…..probably. 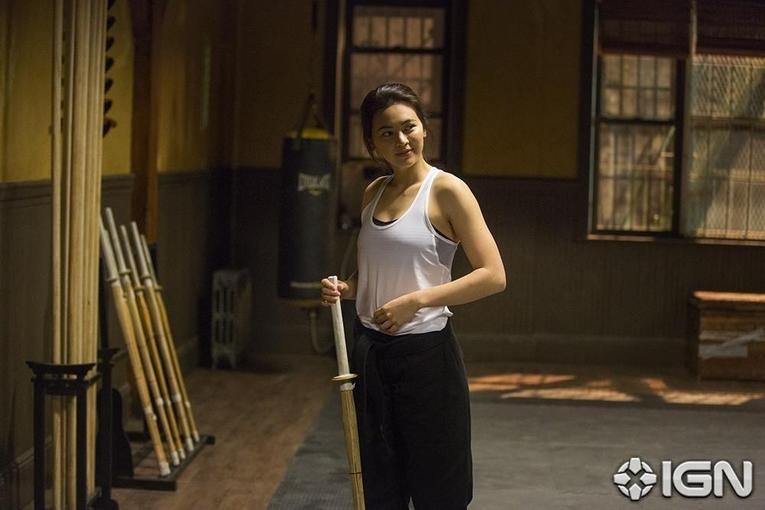 And here’s Colleeen Wing. Her ‘mere mortal’ kung-fu is most impressive. 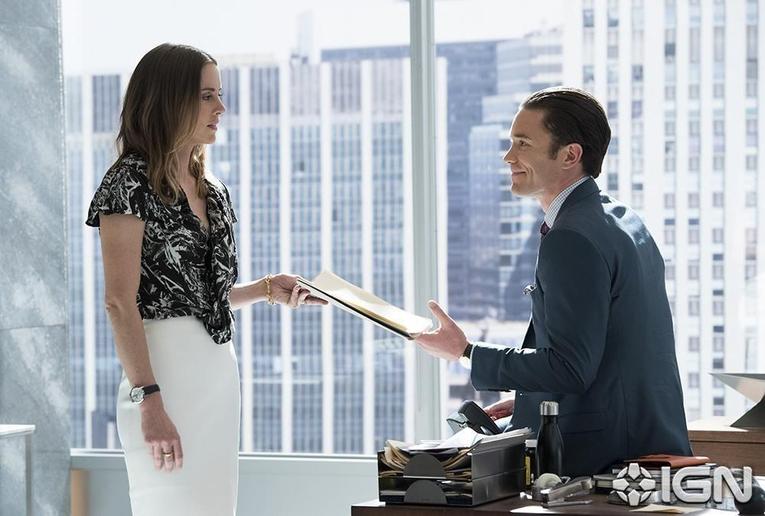 Joy (Jessica Stroup) and Ward Meachum (Tom Pelphrey) will probably make things difficult for Daniel Rand. Sure, they won’t assault him with poison sai or an assortment of chain weapons ending with a hook, but they’ll test his business acumen and attempt to subdue him unilaterally and financially. JERKS! 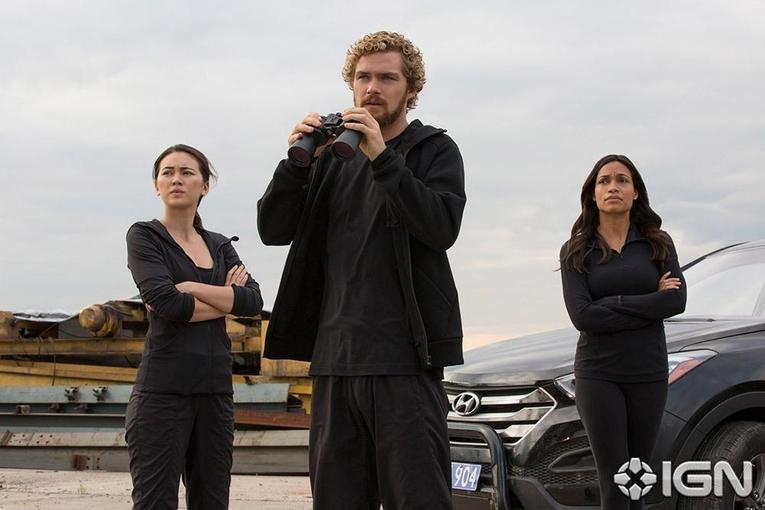 There’s a plan forming here. Are they spying on Sigourney Weaver? Are they deciding to meet Luke Cage and instigate the whole “Heroes for Hire” thing?? Whatever it is they’re doing, we’re sure it’ll involve copious amounts of splendorous, glowing and cracking kung-fu.