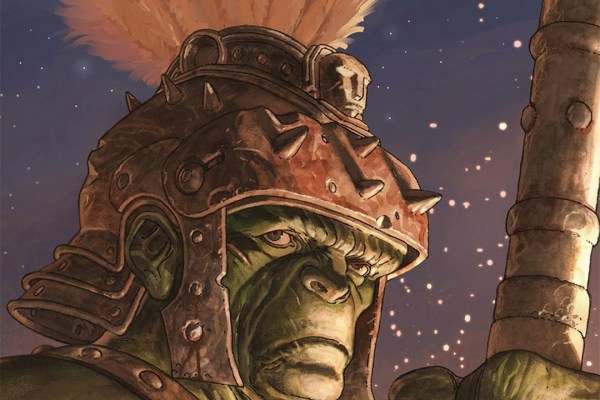 It’s fair to say that most people have been disappointed by the solo Thor movies so far. The franchise isn’t as revered like the other MCU heroes. While it has delivered two extremely popular characters (Thor and Loki), most of their best moments have happened within Avenger team-up movies. So, now it’s up to 2017’s Ragnarok to save The God of Thunder.

From what we know about the movie, everything is off to a good start. They brought along an “on-the-rise” indie director in Taiki Waititi to helm the project… which should lead to a nice injection of comedy into the movie. Ragnarok will also use part of the immensely popular Planet Hulk story, which includes adding Mark Ruffalo’s Hulk into the movie. Finally, Marvel stacked the cast by bringing a handful of amazing actors (including Cate Blanchett, Karl Urban and Jeff Goldblum). At this point, everything seems to be aligning for Thor: Ragnarok to become the best movie in the Thor franchise.

Now it’s time to look beyond what we know. Instead, take a peek into what, or more exactly who will be showing up. With a lineage like Thor, there are plenty of characters who could show up… even just as an Easter Egg for the movie. Waititi even stirred the pot when he put up an Instagram post featuring a name Hulk comic fans might be familiar with.

First, that is one awesome looking rainbow piano with a pedal from keyboard manufacturer, Korg. Second, did Waititi just drop a hint at a surprise character showing up in Ragnarok? Perhaps he just found a pedal with a familiar name on it and posted it to mess with fans? Still, he would know the fan backlash pulling a stunt like that. So… now we’re left wondering if Korg will be showing up in Ragnarok.

If you are unfamiliar with Korg, you’re probably not alone. A member of the Kronan species, Korg was a prisoner on the planet Sakarr fighting in the Gladiator arena as seen in the Planet Hulk comic. He was believed to have appeared in The Dark World as the rock monster taken down in one blow by Thor (however, that was never confirmed… so we can assume it was just another Kronan). If Ragnarok follows a Planet Hulk path, fellow Gladiators will be needed to challenge Thor and Hulk. Even if he only shows up to get beat down, Korg would be a solid opponent for the powerhouse Avengers.

Now, if Thor and Hulk are forced to team up in gladiator style battles, they should get more than just one opponent. There are plenty of characters from the Planet Hulk story that should get their chance to join in on the fun. Here are just three that Taiki Waititi should have considered for Easter Egg appearances in Thor: Ragnarok.

I don’t want the cowardly version of Miek that was seen in the Planet Hulk animated movie. Instead, I want the warrior Sakaarian Miek that was able to join Hulk’s side in World War Hulk. Let’s throw out the possibility that Ragnarok could have a montage of Thor and Hulk laying waste to everyone in their way. A rough insectoid like Miek would be a welcome sight. He’s unlike any character we’ve seen in The MCU, and even with limited time would be a character that could stand out among the wide and varied cast of Ragnarok.

Talk about someone who would fit right in with the rest of the Marvel movie space-crew. Elloe was once a member of high society on Sakaar before she was thrust into the gladiator ring. Her fighting skills earned the admiration of Hulk, and she too was eventually Earthbound where she racked up some impressive wins (including besting Spider-Man and Hawkeye). Plus, we would get closer to completing the kickass women rainbow with Elloe (Red), Gamora (Green) and Nebula (Blue).

Now, I’m doing a little cheating here. Beta Ray Bill did not appear in the Planet Hulk comic. Instead, he showed up in the animated movie (and replaced The Silver Surfer due to legal rights). Still, Bill is someone that needs their moment in the sun. Fans were thrilled when they thought they spotted Beta Ray Bill in The Collector’s… uh… collection. However, James Gunn shot those rumors down. Since the character isn’t set to show up in GOTG Vol. 2, let him make his MCU debut in Ragnarok as a stranded gladiator. They could even use his appearance to set up an adventure in a future Guardians movie. Plus, just envision a scene where Thor drops Mjolnir and Bill tries to pick it up! Is he worthy? Who knows… but it would be one of the most exciting moments of the movie.

So what are your thoughts? Excited over the possibility of seeing a character like Korg showing up? Hoping to see any more characters from the Planet Hulk story make an appearance? If so, let us know below in the comments section!