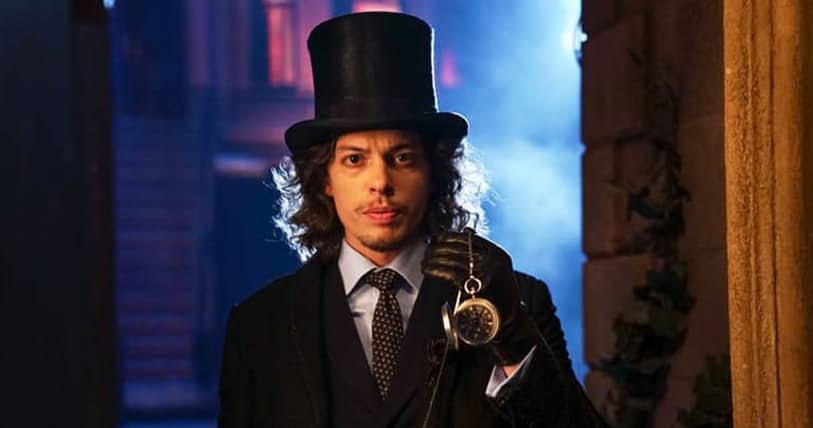 These are the 5 things that kicked us in the rib cage (and sometimes in a good way) as we watched Gotham Season 3 Episode 3- “Mad City: Mad City: Look into My Eyes.”
And, our observations are a little “spoilery,” so…if you’re watching it on Hulu later tonight, I would bookmark this article and join us tomorrow morning. Still with us? Good, we’re always glad to have ya’.

I really dig Benedict Samuel’s portrayal of Jervis Tetch, the Mad Hatter. He channels the innate eeriness of the character through subtle little voice changes and facial tics and it all works. Of course, actor David Wayne created a treatise on how to play the character back on the Adam West Batman ’66 series, but Samuel is a welcome addition to the cast. You suppose that we’ll learn how he develops his mind control tech this season?

Not as welcome as the Mad Hatter, is Tetch’s sister Alice; she of the poisonous blood. Listen, Gotham is bloated enough. Do we really need a poison-blooded Alice added to the mix of creatures, mad scientists, clones, and gangsters? So instead of going with the obsessed, stalker Mad Hatter introduced in Batman: The Animated Series, we have an obsessed brother Hatter because…reasons. And Alice isn’t just some regular girl, she has poison blood thanks to Hugo Strange’s experiments because…why not? Do we really need an adult Poison Ivy and a chick with poison blood? I guess somehow, Ivy can get a transfusion from Alice because why not make all this more convoluted? Maybe by next week we can have an alien invasion, zombie apocalypse, and weresharks?

Bloated things may be, but a welcome storyline introduced this week is the beginning of the Penguin’s political career. The Penguin has run for mayor in the Batman ’66 show; he ran for mayor in Batman Returns, and now he’s running for mayor in Gotham. This story always works; it’s always fun, and since Cobblepot is the best darn thing on Gotham, it should work here as well. And with a recently freed Edward Nygma as an adviser, this story arc could be the saving grace of the season.

So now clone Bruce is cutting his hair so he can stalk Selena. Too bad. His Edward Scissorhand’s hairdo was clone Bruce’s one redeeming quality. The boxing match between clone Bat and Alfred was amusing, but what about the classic Bat mythos made the showrunners of Gotham say, “You know what this already bloated show needs? Clones. Clones always work.” I’ll tell you what though, David Mazouzis is acting his butt off to try to make this double Bruce thing work, and the effort is appreciated.

The highlight of the episode is Selena’s concern for Ivy. As she tearfully begs Bruce to search for the missing Ivy Pepper, you really feel the sincere concern for her friend. Now, after Selelna’s heartfelt moment, there are stakes to Ivy’s situation. This whole scene also foreshadows the years of friendship between Ivy and Catwoman. It’s hard to take the sheen of yuck off Ivy’s sudden aging, but score one for this scene that actually made me care about Selena’s stake in the well-being of her only true friend. 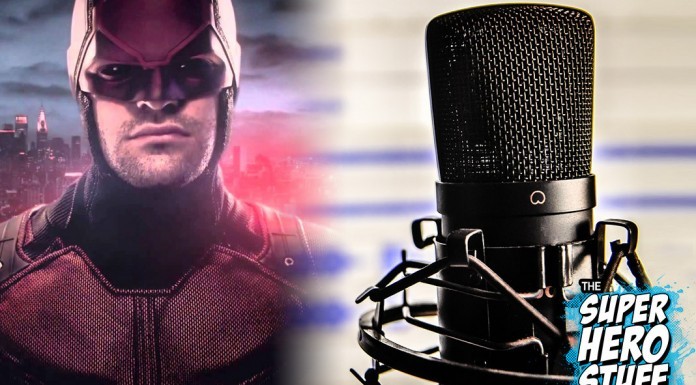 More Details on Darth Vader’s Return in Rogue One!

A Tale Of Two Chris’: Fan Theories on Pratt and Hemsworth in Guardians and...