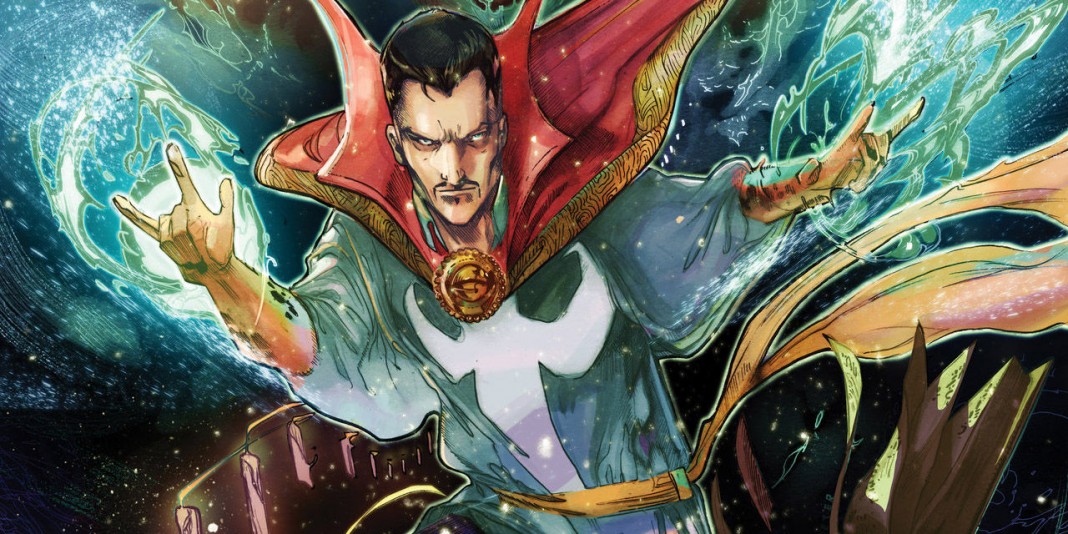 Oh, oh, oh, it’s magic! You know…never believe it’s not so! Ugh. Sorry about that folks…it seemed an appropriate introduction at the time to these sneaked new Doctor Strange set photos. They are a little grainy but I think it gets the point across, no? These new Doctor Strange set photos come in a set of three; one has a battle-damaged Stephen Strange, one has Doctor Strange and Mordo overlooking a wounded compatriot, while the final just has Doctor Strange watching over the victim. He probably ended up getting some bad guacamole or something and now calls upon the arts of Marvel’s Sorcerer Supreme. That’s why people learn magic, right?

The film is directed by Scott Derrickson with a screenplay by Jon Spaihts and C. Robert Cargill, and stars Benedict Cumberbatch, Chiwetel Ejiofor, Rachel McAdams, Michael Stuhlbarg, Mads Mikkelsen, and Tilda Swinton. Doctor Strange is currently set for a November 4th, 2016 release. Are you excited to see Marvel’s brand new Master of Magic? It will be interesting to see how magic plays in the greater cinematic universe. I wonder how Tony Stark will be able to wrap his mind around that?