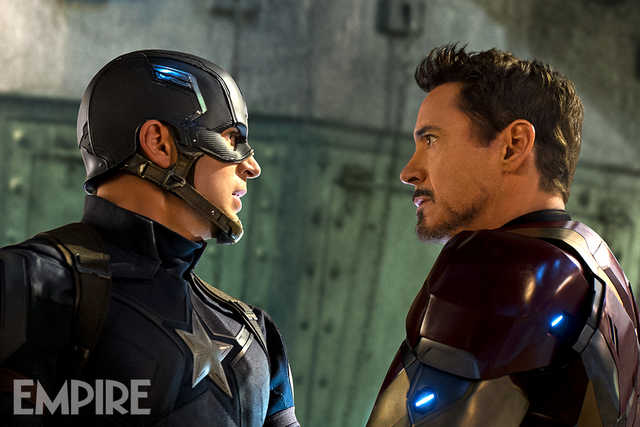 So, referencing that very same very Captain America: Civil War-centric Empire Magazine article providing behind-the-scenes details, character confirmations and amazing movie images, it seems there are actually MORE new Civil War movie images! This latest batch features an unmasked Black Panther, a Crossbones close-up, Scarlet Witch preparing a hex/psi-bolt, and….many, many more characters powering up, philosophizing, asserting themselves, and generally unhappy with the current state of affairs thanks to governmental intrusion and generally rogue, assassin-happy best friends. Let’s get to it, shall we?

Next up, it’s Scarlet Johansson as the Black Widow, Chris Evans as Captain America, Sebastian Stan as Bucky/the Winter Soldier, Anthony Mackie as the Falcon and Chadwick Boseman as the Black Panther! Let’s get to it…again!