We get our first real look at the new Kong and he’s huge! We also get to see a bunch of the other monsters who live on Skull Island, including a very bearded John C. Reilly.

The 2:35 trailer finally gives us more a feel of what to expect from this iteration of the beloved movie monster. We can expect lots of action, mayhem and monster fights. Really, isn’t that what you want from a King Kong movie?

As a lifelong fan of the giant ape, I’m very excited by what I’ve seen of this movie so far. It looks like it’s going to be a return of a more traditional Kong movie – a mashup of the 1933 classic and the 1976 Dino De Laurentiis feature. The less said about the 2005 Peter Jackson disaster the better.

How has John Goodman not appeared in an MCU movie yet? Somebody make that happen like yesterday.

Kong: Skull Island opens in theaters in March 2017. Are you ready? We’re ready. We’re like, ready-ready. 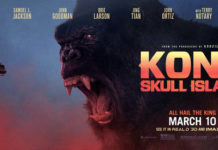 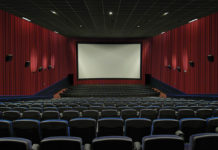