Ah, Football…if only it had more ninjas, pizza, and dude-speak! The above trailer features our beloved Heroes in a Half Shell returning for another sequel, Teenage Mutant Ninja Turtles: Out of the Shadows. What kind of things can we expect? Explosions, slow motion carnage, jokes, explosions, the Shredder, mutants, Baxter Stockman (where are the Mousers?), Bebop, Rocksteady, explosions, and Megan Fox. Yeah, people seem to really be into that lady so…yeah! Did I mention explosions? Oh, and it looks like my prayers were answered since I’ve been BEGGING to see a certain giant-style robot housing a tyrannical brain. I’m sure they could’ve borrowed Quato from Total Recall (the original…not the sequel), but they managed to snag my favorite conquering, effeminately colored squid-brain, KRAANG!

Teenage Mutant Ninja Turtles: Out of the Shadows is directed by Dave Green and based on the Teenage Mutant Ninja Turtles characters. With its rather distinct Bay-influence, or Bayfluence, TMNT: Out of the Shadows stars Megan Fox, Stephen Amell, Will Arnett, William Fichtner, Brian Tee, Tyler Perry, Brittany Ishibashi, and Laura Linney. Principal photography on the film began on April 27, 2015 in New York City. The film is scheduled to be released in theaters on June 3, 2016 in 3D and IMAX 3D. Now if only we can bring the word ‘cowabunga’ back into the everyday lexicon. Is that too much to ask? 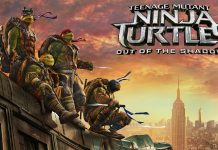 Teenage Mutant Ninja Turtles: Out of the Shadows Review 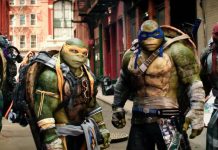 5 Cowabunga-Worthy Things About TMNT: Out of the Shadows 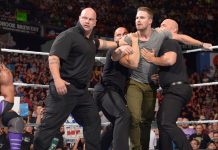