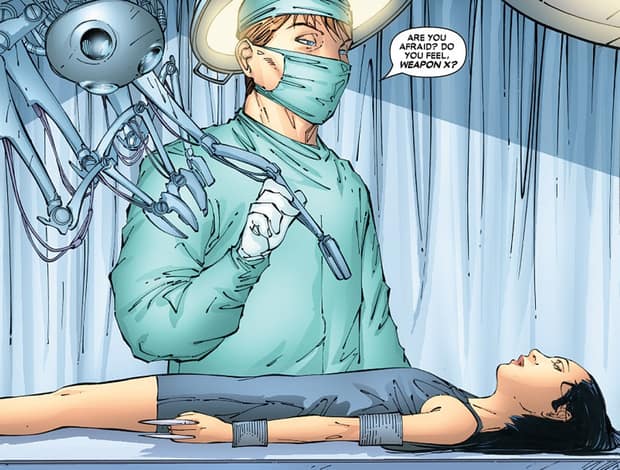 It’s another dour, depressing, black and white image shared from the Wponx Instagram account granting us a succession of scenes pulled from the color-wrung, scarred and tattered world of LOGAN. This one, although effectively distressing, also reveals the identity of a major villain in LOGAN: meet Dr. Zander Rice, the head surgeon responsible for creating X-23 (at least, that’s how it went in the comics). OBSERVE!

2. His father worked on the original Weapon X project and was brutally murdered by an escaping Wolverine while struggling to escape with a briefcase chocked full of vital Weapon X information.

Since an Essex Corp. employee procured some Wolverine blood samples at the end of X-Men: Age of Apocalypse, we’ve been hoping for a connection to Mister Sinister. Could Dr. Rice be under the ostentatiously dressed super-geneticist’s employ? Hmm. Guess we’ll have to wait to find out.