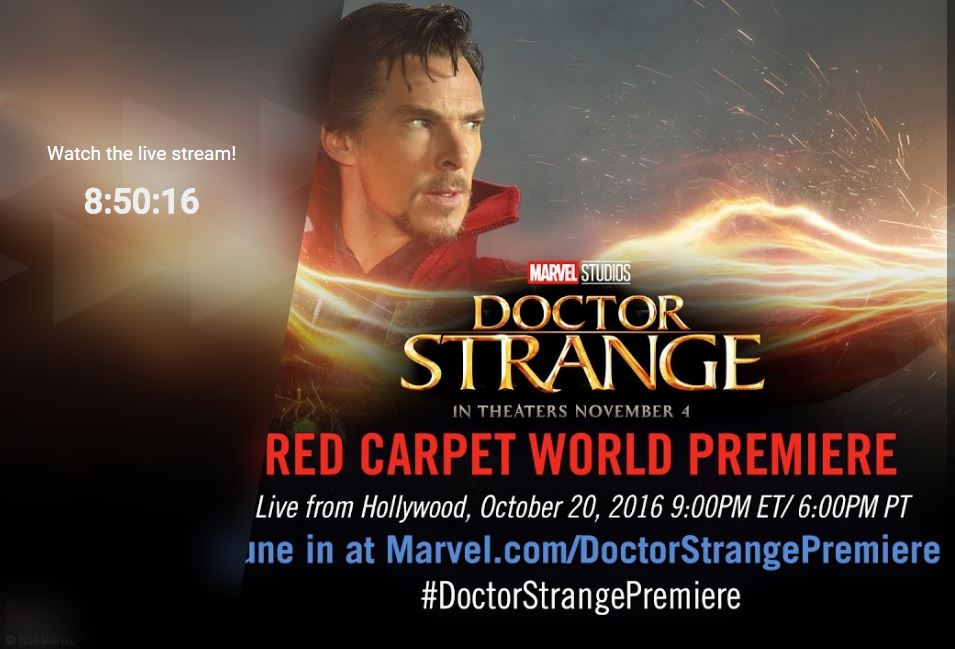 Marvel proudly invites one and all to experience the World Premiere of Marvel Studios’ Doctor Strange, LIVE from Hollywood! TODAY at 6:00 p.m. PT/9:00 p.m. ET as your favorite stars arrive at the legendary TCL Chinese Theatre!

Sponsored by “Marvel Contest of Champions” from Kabam, this LIVE event, available to watch at marvel.com/doctorstrangepremiere, facebook.com/Marvel, and twitter.com/marvel, will get you up close and personal with the cast of Doctor Strange like no one else can!

From Marvel Studios comes Doctor Strange, the story of world-famous neurosurgeon Dr. Stephen Strange whose life changes forever after a horrific car accident robs him of the use of his hands. When traditional medicine fails him, he is forced to look for healing, and hope, in an unlikely place – a mysterious enclave known as Kamar-Taj. He quickly learns that this is not just a center for healing but also the front line of a battle against unseen dark forces bent on destroying our reality. Before long, Strange – armed with newly acquired magical powers – is forced to choose whether to return to his life of fortune and status or leave it all behind to defend the world as the most powerful sorcerer in existence.