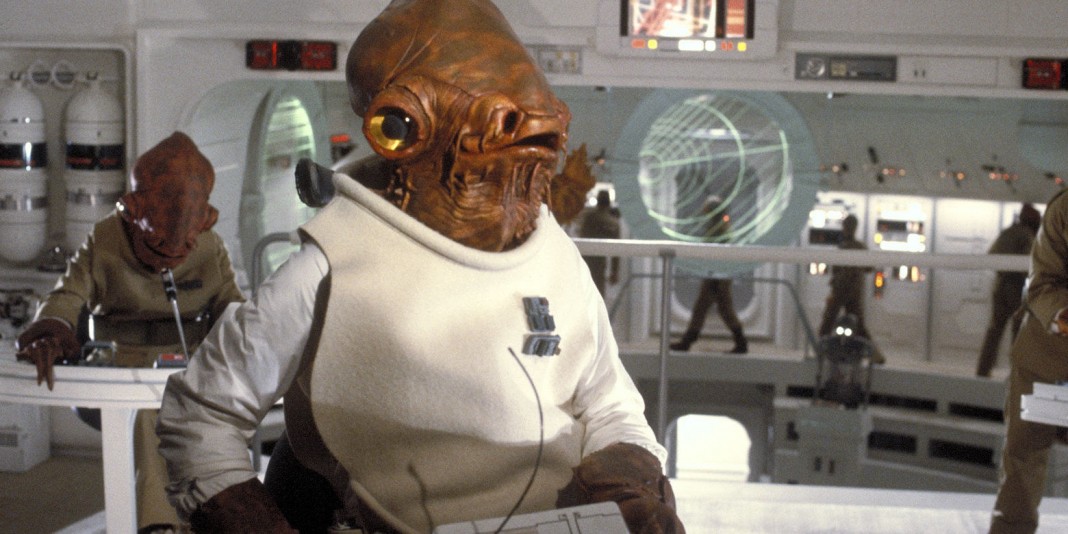 For once, it isn’t a trap! Admiral Ackbar was confirmed for Star Wars: The Force Awakens in early October and we finally got our first look…we think. During the most recent Star Wars TV spot, we got a look at what we believe to be a command center. To General Leia’s right appears to be our first glimpse of the Admiral. We cannot confirm that it is him, but we do know that Tim Rose confirmed returning to play the role of the infamous Ackbar. Not much is known about his actual role in the film, but it appears the years have been somewhat easy on the Admiral. Maybe this TV spot appearance is just a trap? And if it is a trap, will Admiral Ackbar be kind enough to tell us about it? Please?