Just in case you weren’t tired of shared Universes, Paramount is circling its wagons to create a shared universe out of several Hasbro properties. The reported universe will be home to such Hasbro favorites as G.I. Joe, Micronauts, Visionaries, M.A.S.K. and ROM.

You read that right; we may yet see everyone’s favorite Space Knight on a big screen duking it out with Baron Karza.

The writer’s room is a “who’s who,” including Pulitzer Prize winner Michael Chabon (Spider-Man 2), Brian K. Vaughan (Saga) and Nicole Perlman (Guardians of the Galaxy).

Avika Goldsman (A Beautiful Mind) will oversee the writers’ room for Paramount and Hasbro and serve as executive producer of the films. Goldsman already serves Hasbro in a similar capacity on the Transformers movies.

There will also be Hasbro artists in the meeting to work on concept artwork for the project.

The group’s first meeting will be held on Monday on the Paramount lot.

There is no word yet if Paramount plans to roll Transformers into this shared universe.

What do you think of the idea of a shared Hasbro universe??

Tell us in the comments below. 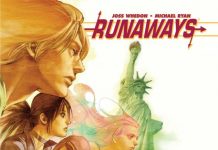 Marvel and Hulu Team Up for Live-Action Runaways Series 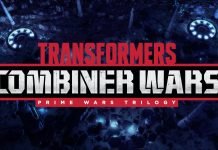