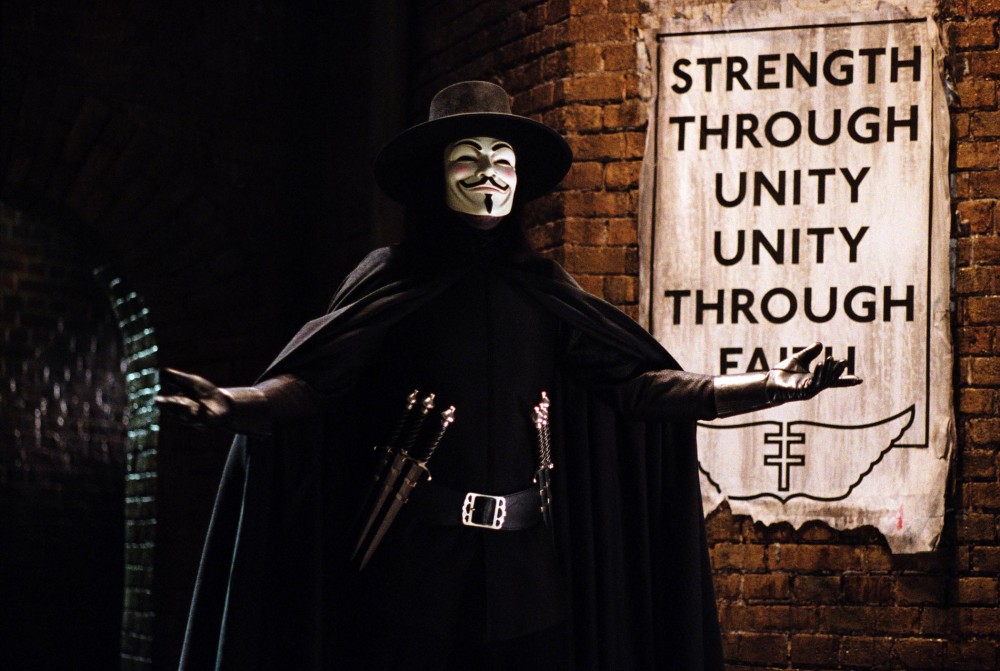 Remember, remember the 5th of November, the Gunpowder Treason and Plot! I know of no reason that the Gunpowder Treason should ever be forgot! Unfortunately for that lyric, I don’t think they ever expected it to make it to America…you know, that place where people can’t even remember twenty years ago. That was way back when we the US of A defeated Russian Aliens with the help of Will Smith and Jeff Goldblum during a ‘Cold War’. Did I ever mention that I was nominated as one of the best students in history in this state? Yep! I’m the best they had to offer! I like to think of it because of my ability to remember movies, but I digress.

History lesson time! Long before it was a movie by the people who made the Matrix or it was one of the best graphic novels ever written by snake-wizard-priest Alan Moore, Guy Fawkes Day actually celebrated a real occurrence! I know, I know…crazy. Guy Fawkes, a Catholic in England when it wasn’t very cool to be one, conspired with several other chaps and managed to procure 36 barrels of gunpowder which they lovingly place beneath the House of Lords. Oh, and by lovingly I really mean ‘enough explosives to level a 500 square meter area around the epicenter’. I guess that’s one way to get people to pay attention to politics, eh?

Unfortunately for our ersatz revolutionary, Guy Fawkes was caught beneath the House of Lords as he waited to light the fuse on the explosives. Tortured in the Tower of London, Guy Fawkes gave up his co-conspirators and then jumped to his own death from the gallows rather than be drawn and quartered. I think his first option was to die in Natalie Portman’s arms after a climatic gun-battle involving karate and knives, but hey, that’s the way the cookie crumbles. In the aftermath, England was terrorized with the idea of similar acts and forced English Catholics to swear loyalty to the Crown. Even today, English Guards check the basement below the House of Lords with lanterns…just to make sure that Hugo Weaving isn’t down there. Nothing like a bit of heavy-handed paranoia to really bring the country together, ammaright?

These days, the Commonwealth (IE, the English speaking world minus America) celebrates Guy Fawkes with fireworks, bonfires, the burning of effigies, and general shenanigans. Personally, I usually celebrate it with watching V for Vendetta two or three times…heck, I’m probably listening to it in the background as you read this now! If you’ve never seen the movie, you should, and if you’ve never read the book you need to do that as well. I hope you’ve enjoyed this rather small history lesson, and insist you join me in listening to the 1812 Overture. Here comes the crescendo…