Home MOVIES Does Rogue One Need an Opening Crawl? 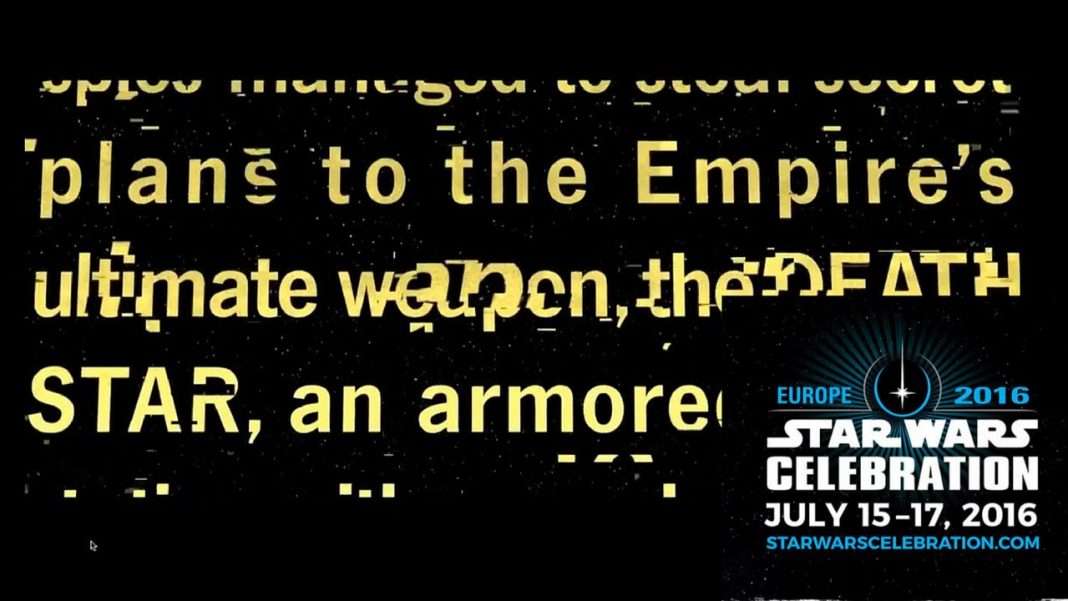 It could be the biggest mystery the upcoming Star Wars spinoff has to offer. Will Rogue One kick off the same way as every other Star Wars movie to date? Will we get the booming horns, followed by the levitating yellow text of a opening crawl? It’s become an iconic part of every Star Wars feature, so should Rogue One really deviate from that path?

Plenty of new tidbits about the movie were revealed at this weekend’s Star Wars Celebration, including introductions to new characters, a new behind the scenes feature, and a brand new trailer… that sadly, was only seen by  people who made the trip to London. Still, nothing was reveled on stage regarding a potential opening crawl.

So, Entertainment Tonight went seeking answers regarding the severe lack of crawl verification, getting a hold of producer Kathleen Kennedy following the Rogue One event at Star Wars Celebration.

“You know, we’re in the midst of talking about it, but I don’t think these films will have an opening crawl,” Kennedy stated. “I think that’s what we kind of telegraphed at the beginning of the event today.”

What Kennedy was referring to was the opening video for the Rogue One Panel; it included the original crawl for A New Hope (and by original, I mean the crawl when updated in 1981). But when it got to the part that outlays the story behind Rogue One, the text freaked out and highlighted the story we can expect from the spinoff.

“This film is born out of a crawl. The thing that inspired this movie was a crawl and what was written in that.” Director Gareth Edwards also offered his thoughts on the opening sequence. “There’s this feeling that if we did a crawl, then it’ll create another movie. And so the honest answer is you’ll have to wait and see.”

Well that’s nice and vague, isn’t it? By having a movie created from a crawl, there’s a chance Rogue One could manifest a prequel from the content of its very own crawl. So the movie doesn’t really need to have one since it’s already a story that explains a small amount of text from the original film. Still, that didn’t stop Edwards from leaving the idea of a crawl up in the air.

“I think basically there’s a lot of things that I probably can’t talk about, is probably the safest way to answer that,” Edwards joked. “The idea is this film is supposed to be different than the saga films… the whole crawl of it all… it’s funny people are fascinated on that.”

So does the movie need a crawl? Absolutely not! If this movie is going to stand out on its own, then giving it a brand new Star Wars intro is the best way to start. Still, there’s part of the “Star Wars brand” that needs that crawl. To hear the bellowing sound of the horns; to see Star Wars in big bold letters and then read about the events that are leading to what we’re about to see….It’s part of the Star Wars lore, so why ditch a good thing?

Well, if you’re on the fence about the opening crawl, don’t worry too much. Even if Rogue One decides to open sans crawl, you’ll be able to get your fix sooner rather than later; I’m 100% confident that one will be showing up once Episode VIII hits theaters in 2017.