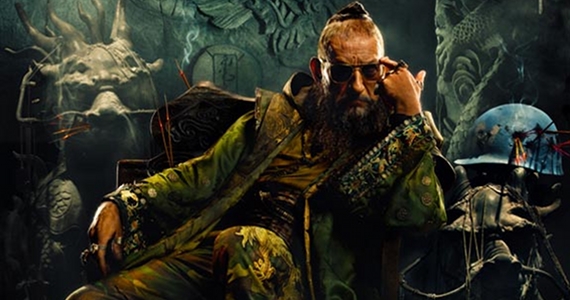 Yes, people are still talking about that Mandarin twist in Iron Man 3! I’ll just throw this out there now and say there be spoilers ahead…but that seems crazy because that movie came out years ago! Any-who, director Shane Black has been out and about promoting his Nice Guys movie and of course people have to know about his opinion regarding the Mandarin…especially since there has been enough time to let the dust settle. His thoughts? He still stands by his take on the character! I wouldn’t expect much else from the guy from Predator!

“We may have done our job a bit too well in a way because we succeeded in actually having a surprise in the middle of a big summer movie where you normally know virtually everything about it before you go in” Shane Black stated. “And when I say we did our job too well it meant some of the fans felt fooled. They felt I think that they’d been led down one path and then sold a bill of goods. It’s hard. Because I want to please the fans… but in this case I thought and we all thought that it was just a very interesting and very layered decision to take the Mandarin [in].”

He then continued, “We had this think tank – A.I.M. – from the comics and ‘OK, what if this was a cobbled together sort of boogeyman?’ That they’d researched – they actually had data spit out about the various things that people would find frightening and they would concoct from this. This sort of straw man terrorist. This paper tiger. And then push him on the internet.”

Well, that certainly makes it sound all right! I didn’t care much about the twist…if anything, Iron Man has always been fairly grounded in technology so alien rings might have been a bit of a stretch. Wait, what am I saying? We get plenty of aliens in the Marvel movies! Joking aside, Shane Black then said, “I thought that felt modern, it felt interesting, it felt textured. I thought to myself, ‘Hey Whiplash in Iron Man 2 – he doesn’t look like Whiplash in the comics, people like it when you trade up and kind of shake it up a little.’ And the truth is people did – I mean we made a lot of money with the movie, but there is a hardcore niche of fandom that was genuinely disappointed; they wanted to see their version. And for that I feel bad. I still like the choice we made.” Whether you liked the twist or not, Iron Man 3 made a ton of money, and let’s just admit that Ben Kingsley totally nailed…um…whatever role he was playing in that movie! At least ‘Hail to the King’ sets up another version of The Mandarin should we still want that in an Iron Man movie…