When a popular television show gets cancelled, dedicated fans will do whatever it takes to get it back on the airwaves. Sometimes the effort pays off (Futurama fans, nod supportingly). Sometimes the show gets trapped in limbo with rumblings of an eventual return (Hannibal fans solemnly agree). More often than not, those shows are gone forever as their stars move onto bigger and better things (Friday Night Lights fans crying in the corner). Only time will tell which category Agent Carter will fall into. The show was not a ratings smash, but had a strong, dedicated fan base. The support has been so strong that a change.org petition has been created, demanding the show get moved to Netflix (a hot spot for any Marvel or Disney property). Still, fan support can only go so far, so it’s up to the stars of Agent Carter to keep the dream alive. Will they succeed?? Can Agent Carter be saved?? Hmmmmm.

Well… prayers answered. At MegaCon in Orlando, Peggy Carter herself, Hayley Atwell, talked about being 100% committed to portraying Agent Carter again. She even said she would “shoot on the weekends,” to work around her commitments to her new ABC-based legal drama, Conviction. Still, despite her new endeavors, Atwell still has a place in her heart for the MCU.

“I love the people that were working on this project together,” Atwell said during a MegaCon panel. “The fans are incredibly warm and welcoming. And it would be an absolute privilege and honor to bring her back to the fans.”

Getting Agent Carter on board is step one. Now, step two includes getting the rest of the cast behind a future SSR adventure. Well… count on Howard Stark to roll up his sleeves once again. During a MCM London Comic Con panel for his new show Preacher, Cooper offered similar support for any future Agent Carter project.

If Carter, Stark and Jarvis are in, why should any network get in their way? So now it’s time to do some fan service, Marvel. Here are just a few ways that Agent Carter can get brought back into the MCU fold.

-A Return to ABC- 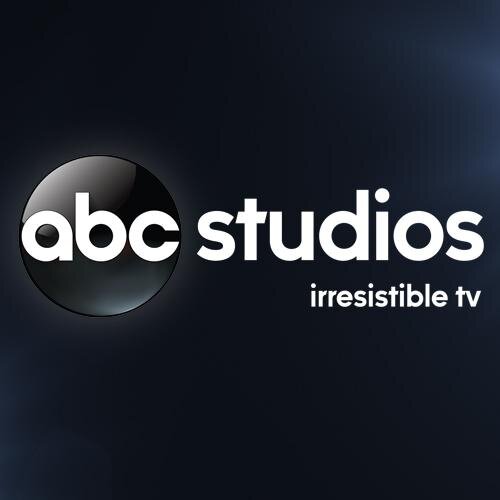 Despite canceling Agent Carter earlier this year, the best option available is ABC giving the show another go. Agent Carter doesn’t have the same opportunity to be saved like Supergirl, since the ABC family of networks doesn’t have a CW-style secondary station to fall back on (instead it relies on Disney channels and Freeform… formerly ABC Family). The decision to cut ties with the Marvel property was apparently a hard one for ABC and Atwell even mentioned talks at one point for additional seasons.

“There was talk of season three going further back into her past. So the showrunners were talking about a possible kind of twist, I suppose, into something to do with the family.”

A return to ABC doesn’t have to be another season. Instead, the network can turn Agent Carter into a two-part mini-movie. Imagine a four-hour television event that can wrap up the cliffhanger ending for Season 2. The whole cast of characters can be brought back, without bogging them down for weeks on end for a ten/twelve-part season. This way Atwell, Cooper, and everyone else can remain on their current projects.

-Make the Move to Netflix-

If a mini-movie isn’t in the cards, then perhaps a change of scenery is best, and you can’t go wrong with a home at Netflix. The streaming site has handled characters like Daredevil, Punisher and Jessica Jones perfectly (and it seems Luke Cage will follow in their footsteps). If you need to trust one place to handle a third season for Peggy Carter properly, it’s Netflix. Showrunners and stars can shoot whenever they want, since the show wouldn’t be bound by air-date deadlines.

The only problem is the amount of Marvel shows hitting the streaming service. There are already six confirmed MCU shows committed to Netflix (DD, JJ, LC, Punisher, Iron Fist and The Defenders), with rumors of Blade, Ghost Rider and Moon Knight joining the fray. It’s hard to imagine another show being added to that list. Although the idea of Agent Carter returning to 1940s New York City (and having her story somehow tie into the current crop of Big Apple heroes) would entice any Marvel fan.

-Head to the Big Screen-

Just make it happen. I mean seriously, what is stopping Marvel from making an Agent Carter movie? Atwell even teased the idea at MegaCon and was met with thunderous applause. I repeat…Thunderous Applause!!! The MCU wants more female lead heroes (with Captain Marvel and possibly Black Widow projects on the way), so why not start with the OG. Give Peggy Carter her own movie.

It’s an easy project to sell. Interpret the Season 3 arc into a movie format and have it include the creation of S.H.I.E.L.D. from the remnants of the S.S.R. The movie can be Marvel’s answer to James Bond, with Carter serving as the counterpart to 007. A spy movie, set in the 1950s with the MCU brain trust behind it; what does Marvel have to lose? So get on it, Kevin Feige! We need a Peggy Carter movie!!! Phase 4 needs a trip to the past! You can even bring back young-faced Michael Douglas if you want!