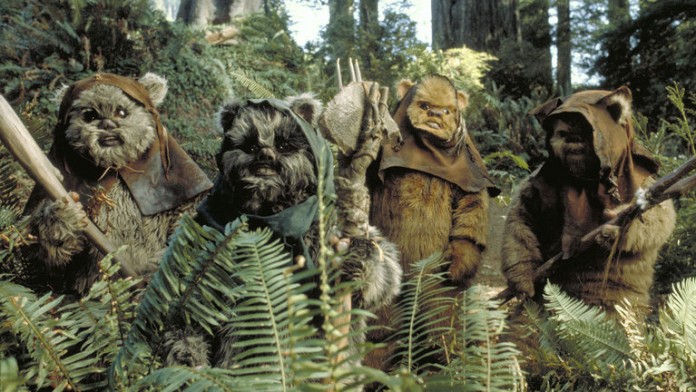 Star Wars! We are talking about Star Wars! Today, Star Wars Episode 8‘s working title has been revealed. This by no means is the official title of the movie but rather its ‘code named’. You know how Nintendo’s GameCube was named ‘Dolphin’ before it was officially named? Yeah, exactly like that! So what kind of title do we have for Episode 8? The Force Gets Some Coffee Ready Since It Is Done Awakening? Not quite!

Apparently Star Wars Episode 8’s working title is ‘Space Bear’, which is a colorful nod to everybody’s favorite cannibalistic savage teddy bears, the Ewoks! Say, I wonder if that means we will get another Ewok Adventure movie in there somewhere. We could CGI Wilfred Brimley in there, right? WE HAVE THE TECHNOLOGY, WE CAN MAE HIM BETTER. Ahem. Any-who, the above picture was tweeted by Carrie Fisher and stars her dog, Gary Fisher, as she confirmed the current working title. Does that we we will get to see Ewoks or that they will have a greater role in Star Wars Episode 8? Hopefully! If not, well at least they still gave us a nod. I’m sure Warwick Davis would be down for staring as Wicket again. Could always act as a springboard for Willow 2!