Somebody break out the hipster beard and man-bun! Colin Trevorrow, who directed Jurassic World and is set to direct Star Wars: Episode 9, spoke at a special panel at Sundance where he made some comments directed at the push to make movies digitally and not on good old fashioned celluloid. He clarified that he then would be filming Episode 9 on film and not digitally…but then how will George Lucas go back and make Greedo shoot first? Oh wait, he’s not around anymore.

“It’s a period film,” the director laughed. “It happened a long time ago.” Another important director at the aforementioned panel was Christopher Nolan who seized upon Trevorrow’s statement to add his own. “There needs to be a choice,” Nolan replied. “As a medium it will continue to exist. It has to continue to exist. It’s pointless to pretend it has to go away.” Trevorrow then interjected that “there’s a danger to it turning into vinyl.” I kind of expected that answer given the look of Trevorrow’s glasses. I kid, I kid! That was just too easy not to take, you know?

“My hope is the screens are going to be bigger, the seating is going to be better, and the premium idea of the experience is going to be enhanced,” Nolan stated at the thought of home-media outlets like Netflix affecting the production of movies. 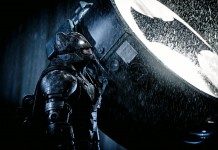 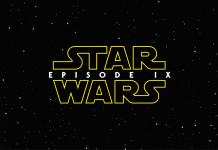 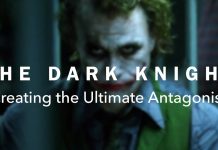 Was Heath Ledger’s Joker from The Dark Knight the Ultimate Antagonist?