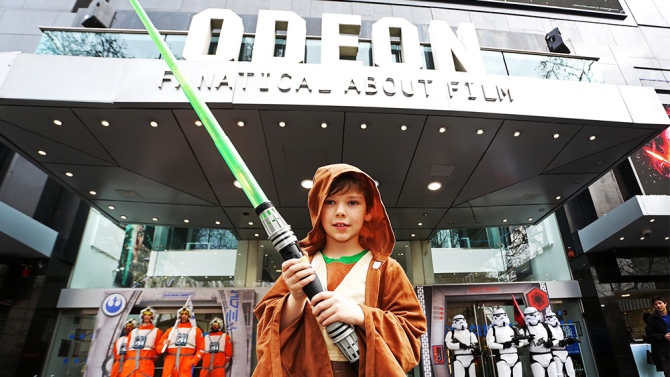 We all knew that Star Wars: The Force Awakens was going to do well but no one saw a record breaking… wait, no… record obliterating $57 million overnight box office number. Force Awakens blew the previous overnight box office record of $43.5 million – originally set by Harry Potter and the Deathly Hallows: Part 2 – clear out of the water. Internationally, the movie grew across all 32 international markets by exceeding $72.7 million since Wednesday, bringing the approximate total to $130.7 million. That number doesn’t even include those who buy passes that allow them to see the movie as many times as they want at a one-time cost. If you were like me and went to the midnight showing of the film, you would understand why it’s so popular.

Star Wars: The Force Awakens is now turning its attention to capturing the single opening day box office record, a record currently held by The Deathly Hallows: Part 2 at $91 million. With a turnout like last night, this film should have no problem blowing past that record. Once that record is beaten, I am sure the film will have its sights on Jurassic World and Avatar for the highest grossing film of all time. In order to do so, they would have to make over $2.7 billion globally at the box office. Given the initials numbers were seeing, that feat doesn’t look so hard. Give yourselves a pat on the back Star Wars crew, you deserve it.