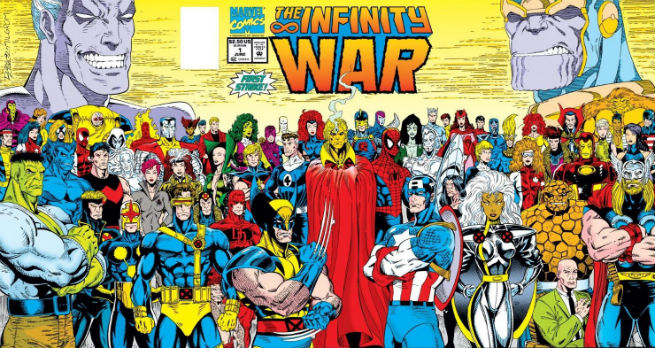 We are days away from one of the most epic super-hero confrontations EVER when Team Cap and Team Iron go tête-à-tête in Captain America: Civil War. With a horde of heroes showing up together, you have to wonder how Marvel one-up themselves with Infinity Wars. Sure there’s Hulk and Thor who can finally join the fray. Don’t forget newbies Doctor Strange, Captain Marvel, and potentially a representative from the Guardians of the Galaxy. However, there are a few MCU characters that won’t be in Infinity War, unable to assist the Avengers during their next epic showdown.

In speaking with Italian website badtaste.it, the Russo Brothers talked about characters appearing in their two part Infinity War saga. Fans of the Marvel Television Universe may want to stop reading now.

“The Marvel Universe is sprawling. The Marvel Cinematic Universe is enormous. Just think of all the characters that haven’t been introduced yet that are going to be introduced by the time that we’re working on Infinity War. We have a tough task just telling the stories of the characters who exist [on the big screen] in the Marvel Cinematic Universe, let alone adding the entire Marvel Television universe.”

Now that doesn’t sound promising, but don’t worry… it gets worse.

“Anything is possible in Marvel. It’s certainly something we’re considering. But our focus is on telling the stories of the characters that currently exist on the movie side.”

Sorry Matt Murdock… you’re going to have to stay in Hell’s Kitchen. This is truly disappointing, but also makes a lot of sense. The Russo’s had previously said they had 67 current characters to choose from. Clearly not everyone can make it in there… and it appears the television characters were the first on the chopping block. Tough for anyone wishing to see the Agents of S.H.I.E.L.D. called up to the main roster.

Still, there seems to be a lingering possibility that some of the Netflix/ABC heroes may show their faces by the time Thanos shows up. At one point, Punisher was just a character in Daredevil Season 2 and now he has his own show coming… so anything is possible. The Russo’s didn’t say it’s not happening… so perhaps this is part of their long con.

If you’re a betting person, the most likely candidates to emerge in Infinity War would be ones with connections to the Avengers. Daredevil, the Punisher, Luke Cage and even Phil Coulson should at least be considered, even if they’re currently long shots at best.

So it’s not the best news for any supporters of the Marvel television shows. Plenty of complaints have already occurred regarding the connection between the big screen and the small one. It seems the Russo’s aren’t ready just yet to bring everything under one coherent umbrella. Well…at the very least we get to see an amazing Marvel collaboration when Captain America: Civil War hits theaters this Friday!!!