Home MOVIES Editorials Is TMNT: Out of the Shadows Making Up for Past Mistakes? 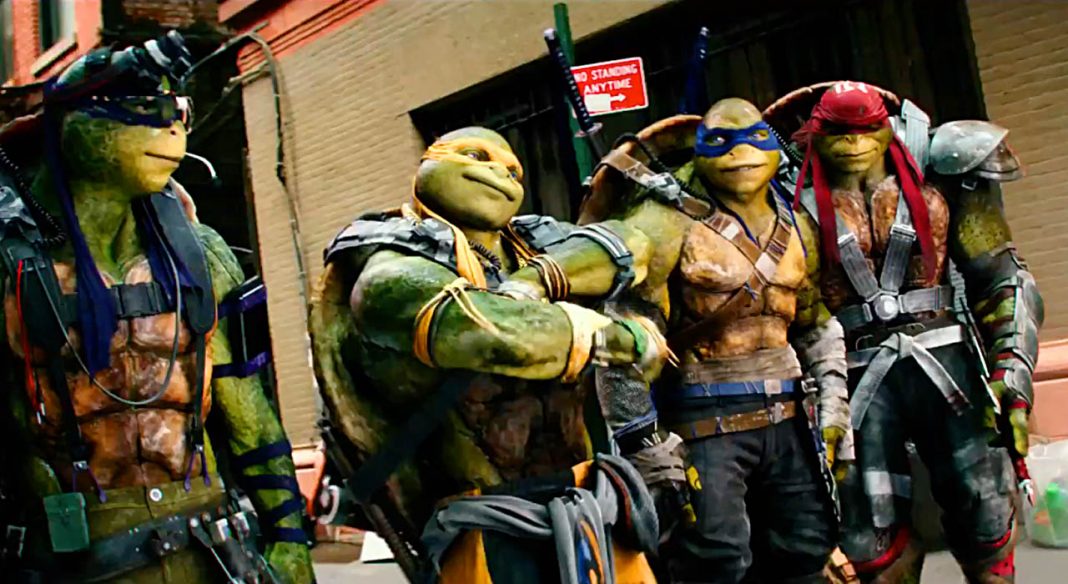 The heroes in a half-shell are back for another adventure! Leonardo, Donatello, Raphael and Michelangelo will return to the big screen on June 3rd in Teenage Mutant Ninja Turtles: Out of the Shadows! When this sequel was originally announced a lot of us TMNT fans groaned. The first one was so unfocused and uninspired we all just assumed this new one would be the same. But as more and more information on the movie began to reveal itself, we started to see things that made this movie stand out with characters and elements we’ve never seen before. Soon that skepticism became something else; it became hope. So is TMNT: Out of the Shadows making up for past mistakes? It seems like it is.

Going on just the trailers alone we can see this movie is different from the previous entry. Where that one felt like it was trying to be a bit more gritty and realistic, this one feels more fun and energetic. While the last movie did try to channel the fun and humor that TMNT is known for, it didn’t work so well because the movie focused too much time on April O’Neil and not enough time on the title characters. That doesn’t seem to be as big a problem this time around, since a lot of what we’ve seen has been the turtles themselves. Sure, the CGI on them is still a little hard to look at but it does look like it’s improved a bit. The colors seem brighter too, ditching the dull pale look the old one had. Yep, this is just another element that expresses the fun feeling the turtles are known for.

Another thing we’ve all noticed is the classic Ninja Turtles characters appearing in this movie. Believe it or no,t this is a huge step forward. Yeah, Casey Jones and Shredder have been in TMNT movies before, but let’s take a look at some of the others who’re getting the spotlight this time around. Krang, Baxter Stockman, Bebop and Rocksteady are all iconic characters that have never been featured in any of the films, so seeing them in Out of the Shadows makes the film unique as fans get to see some of their favorite baddies from TMNT on the big screen. These elements make it seem like the film makers are finally giving us the Ninja Turtles movie we’ve wanted to see for years, and that’s pretty awesome if you ask me.

So, is Teenage Mutant Ninja Turtles: Out of the Shadows making up for past mistakes? I definitely think it’s trying to. Bringing a distinct new story with fan-favorite characters, and seemingly packed with equal amounts of action and fun, there’s no doubt that this movie will be different from the one that came before it, and different from the other TMNT movies. Will it be as good as it looks? We’ll see soon enough, but the movie definitely has the right formula for a good Ninja Turtles film. COWABUNGA!

What do you think of TMNT: Out of the Shadows? Are you excited for the movie? Let me know below!