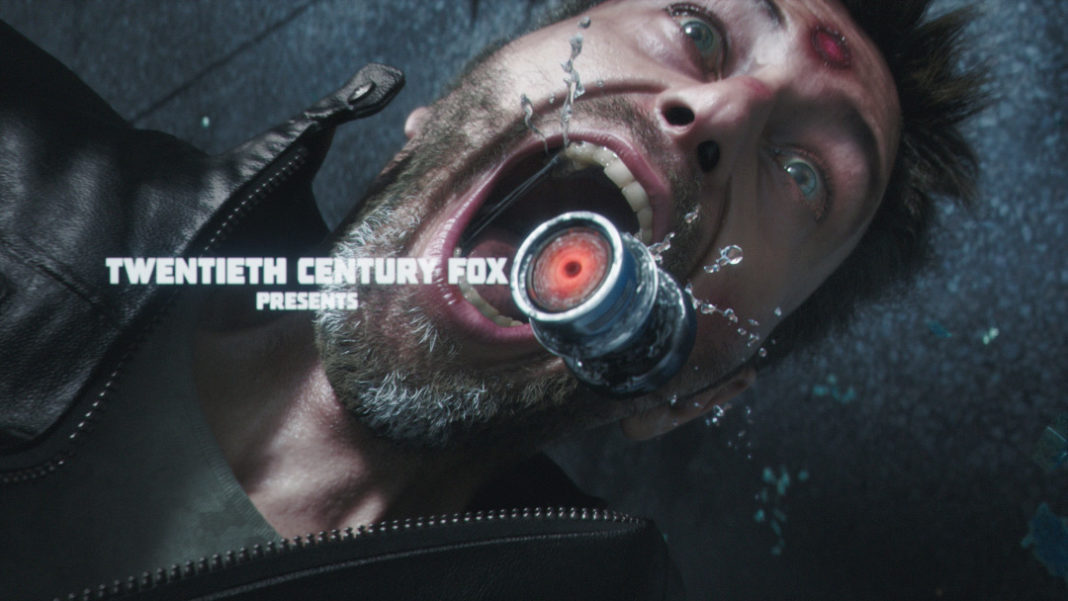 In my last article, I talked about some of the best musical arrangements in comic book movies. While scored, symphonic melodies set the tone for movies and give the film character, a single song can also have a big impact on a scene. So, let’s explore eleven of the best songs in comic book movies. Why eleven? Because we’re about to crank this countdown up Spinal Tap-style!

My one rule for this article is one song per movie, or else we’d be here all day talking about Guardians of the Galaxy and Deadpool.

Gotta’ give credit where credit is due. It’s really creative to use musician Mark Collie as a singing, guitar-playing assassin. He serenades Frank Castle (Thomas Jane) and friends moments before he attempts to assassinate Castle in the name of Howard Saint. The ominous tone of the song sports a western flare and chills listeners to the bone with the line, “In time, your time will be no more.”

A somewhat forgotten movie from 2004, Guillermo Del Toro’s excellent adaptation of Dark Horse Comics’ flagship character is visually stunning. What added to one scene was the use of Peter Yorn’s cover of Nick Cave and the Bad Seed’s “Red Right Hand.” The way the music’s creepy and spooky tone mixes with the devilish look of Hellboy is just perfect.

9) “This Is What We Do” in Teenage Mutant Ninja Turtles

While Vanilla Ice’s “Ninja Rap” gets all the glory in the TMNT soundtrack spotlight, this song by MC Hammer just matches the scene perfectly. “THIS IS WHAT WE DO!” adds energy to our first look at the Foot Clan’s hideout. Not to mention, it introduces an early Sam Rockwell offering teenagers both varieties of cigarettes: regular and menthol.

Speaking of songs that energize scenes, Iron Man 2‘s use of AC/DC’s “Shoot to Thrill” is perfect for Tony Stark’s entrance into the Stark Expo. While director and costar Jon Favreau could’ve used an orchestral arrangement, he went back to the well and used another AC/DC hit to kick off an Iron Man movie. If it ain’t broke, don’t fix it, right? I’d argue this fits the Iron Man/Tony Stark character better than the first film’s use of “Back in Black.”

7) “Hooked on a Feeling” in Guardians of the Galaxy

Blue Swede’s song from James Gunn’s 2014 smash-hit film is a perfect match for the legendary outlaw Starlord. What’s so great about the use of this song is, despite the dark and gloomy setting in the Nova Corp prison, it brightens up the scene instantly and gives it a comedic tone. Hearing this song in the first trailer told me things were going to be different from the usual Marvel Studios films. With its use in the initial teaser trailer for GOTG Volume 2, it’s now the unofficial theme song for the galaxy’s infamous criminals.

While some thought the addition of Prince to the Batman soundtrack was odd, his song accompanying the Joker’s invasion of the Gotham City Art Museum took the scene to another level. The clown prince of crime used “Party Man” as the soundtrack to his merry destruction, which added a sense of whimsical glee to the terror. Everybody hail the new king in town, indeed!

Director Mark Steven Johnson utilized this Seether song perfectly in the 2003 film, which featured Ben Affleck’s first dip in the superhero pool (he was also the bomb in Phantoms, yo!). The grittiness and angst of this song match the tone of the film and this moment flawlessly.

4) “Raindrops Keep Fallin’ on My Head” in Spider-Man 2

The song by BJ Thomas perfectly matches Peter Parker’s care-free attitude after declaring an end to his Spider-Man career. After mentally turning off his powers, Parker is finally living a happy life. A car thief speeding away? Excuse Peter while he finishes the hot dog he just paid for. Oh, the NYPD have a 150 at the corner of Romita and Ditko? Let Pete finish studying for his advanced science exam. Nothing bothers him!

3) “Star Spangled Man with a Plan” in Captain America: The First Avenger

Composed by Alan Menken with lyrics by David Zippel, this song is right out of the 1940s. Not only does it sound like a song made during World War II, it gets you pumped up for Captain America, and makes you want to purchase as many war bonds as possible!

The way it’s used in the montage when Cap is traveling across the country as part of the USO tour, and motiving people to support the troops, is wonderful. It’s the STARRR SPANGLED MAAAAAAN WITH A PLAAAAAAAAN!

2) “Angel of The Morning” in Deadpool

Deadpool wasted no time in telling you this was not your average comic book movie. Name another action movie that starts off with a love song. You can’t. The carnage of Deadpool’s ambush set to Juice Newton’s cover of “Angel of the Morning” was the perfect way to start off the 2016 mega hit.

I’d argue it is the greatest opening credit sequence of all time, if it weren’t for a movie that perfected it several years earlier.

1) “The Times They Are a Changing” in Watchmen

It’s not just the song choice that makes this the best use of a song in any comic book movie — it’s everything. Bob Dylan’s “The Times They Are a Changing” blended perfectly with the opening credits of Zack Snyder’s 2009 adaptation of the critically acclaimed comic. It perfectly described what was going on in the opening credit montage.

Not only did it showcase the characters, it told a story as well and gave viewers the history of the Watchmen universe. Kevin Smith praised it, saying there was “no doubt” the opening credits scene was one of the best he had ever seen. It is poetic how the images and the song go together.

So, in my humble opinion, those are eleven of the best songs in comic book movies. Agree with my choices? Thought “Kiss from a Rose” from Batman Forever was a better fit? Let me know in the comment section below!