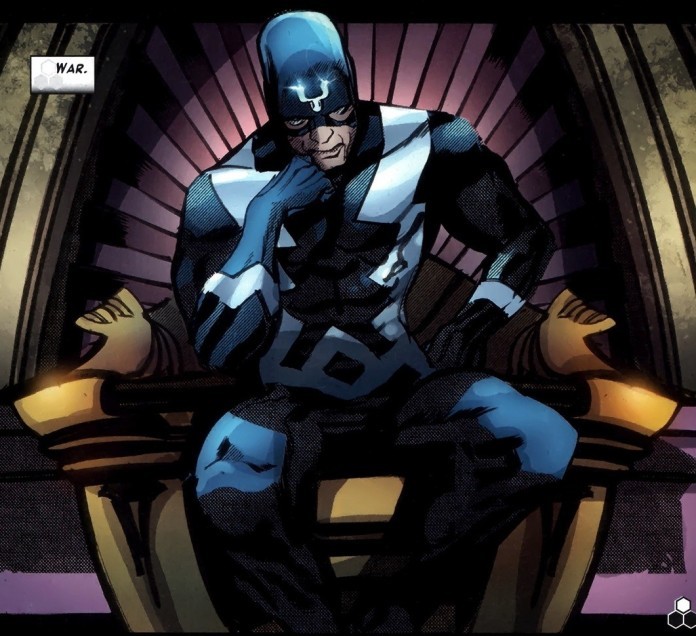 Vin Diesel. Known for his ability to play our heartstrings as a giant Iron Robot or his ability to remove hearts with tin tea cups, Vin Diesel was recently introduced into the comic book world with the multi-faceted and extremely broad portrayal of Guardians of the Galaxy’s Groot. There have been tons of rumors flying around that Vin would end up playing the Inhuman King Black Bolt, and in a recent interview with IGN, Vin gave us his best Black Bolt impression.

I guess he’s in on the joke! Black Bolt is a powerful Inhuman whose voice is capable of destroying entire planets and ripping holes in the fabric of space-time. Vin’s the perfect choice, since he only has to say ‘I am Groot’ in one movie, and simply be there for the Inhumans movie! Vin Diesel even goes so far as to mention that he has spoken with the Marvel ringleader, Kevin Feige! “It would be… put it this way, when Kevin Feige started talking to me about… who would ever think? A voice for one thing and presence for another would be pretty genius – it’d be pretty genius. Whenever my father sends me an email, at the end of it he says ‘stay human’ – and it’s cool and beautiful, but what is he really trying to say. Is he trying to say I’ve been affected by Terrigen Mist? Does he want to cocoon me again?” Pretty sweet, eh? I don’t know about you guys, but I am thoroughly excited to see what Marvel does with this movie!”