Home MOVIES Editorials What NOT to Expect from Batman V Superman 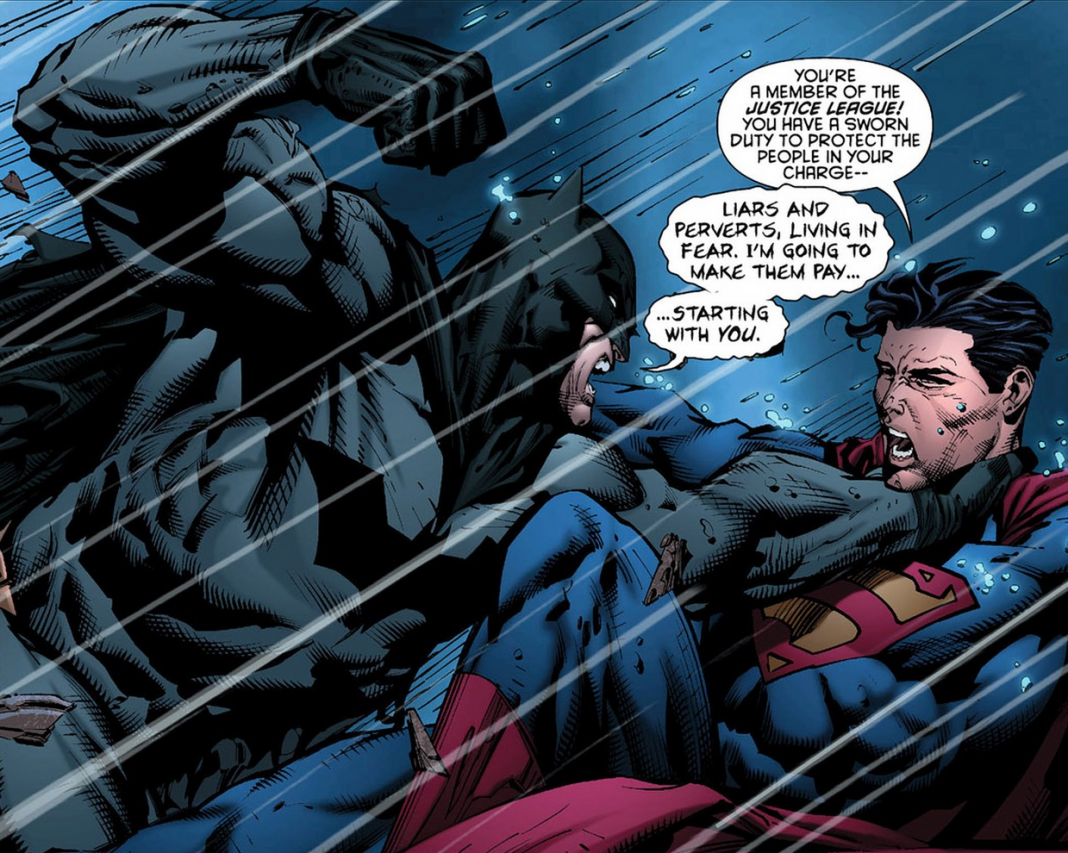 Fresh out of the cinema from Batman V Superman, a.k.a. the greatest gladiator match in the world, I am buzzing with conflicted emotions and mixed thoughts just like the rest of the World Wide Web. But before I get down to the nitty-gritty of the good and the bad in a separate article, here’s a SLIGHTLY SPOILER-Y service for those who haven’t seen the movie just yet.

Frank Miller’s epic masterpiece is what most fans will be expecting, including the epic beatdown that transpires between The World’s Finest. The film is NOT a play-by-play adaptation, which is a shame because I believe that is what Zack Snyder is incredibly good at. Just look at 300 and Watchmen, with the scenes staying faithful to the comic book source material down to the very last angle. Snyder’s got those panels down pat, but when it comes to him creating things originally, well…he’s not doing too well.

The most you can get from Batman V Superman is, of course, Batman’s armor from the comic book. You can also expect to see Batman’s grappling hook gun (which is a tracer gun in the movie), and one of my favorite quotes from the comic where Batman says his parents taught him that “the world only makes sense when you force it to.” Oh, and this glorious money shot below.

2. That Superman will be the main hero in this film

Sadly, even though this is a proper Superman movie and a sequel to Man of Steel, our beloved Boy Scout is not the center of attention. The title says it all, really. Batman clearly overshadows Superman even though the Caped Crusader only just made his first appearance in this world. Also, now that our brooding detective is in the picture, do not expect that the film will divert from the gloomy Man of Steel monotones. Everything will be just as gloomy (despite fans’ complaints that Superman films should be in bright full color)—if not even darker, because Batman is here. He sneakily Bat-stealth-ed his way into the heart of the movie, leaving poor ol’ Big Blue in the sidelines. And to prove just how much Batman has hogged the spotlight, Ben Affleck’s name comes first on the cast credits before Henry Cavill. Tsk tsk.

While rumors have been flying around that characters like Jason Momoa’s Aquaman will join the fun and have a free-for-all in this smack-fest, only Wonder Woman (as already revealed in the trailers) has a proper battle scene along with The World’s Finest. Unfortunately, this makes sense. If they included more of the Justice League members in the fight, the movie will be too long—not to mention they’ve already introduced too many characters in the film as it is.

4…That Lex and Clark are BFFs from Smallville.

This is one backstory that they completely changed. If the TV series Smallville has taught us anything, it’s that Clark and Lex have the most complicated bromance ever, even before they both move to Metropolis. Even comics like Birthright and other pre-Crisis stories have Lex’s roots in Smallville, Kansas. In Batman V Superman, however, Lex has no idea who Clark is and they have to be introduced to each other.

5…That Batfleck is just like Bale’s Batman from the Nolan films.

The ‘Nolanverse’ trilogy has just ended, so it’s easy to relate the two Batman portrayals with each other. Make no mistake—Batfleck is a completely different Dark Knight, and even the now-controversial Batman voice that Bale popularized is different (thank the comic book heavens). There are so many other ways that Ben Affleck’s Batman differs from Bale’s but that will be a spoiler-laden rant that we’ll tackle for another day.

6…That you will have fun.

HA! I’m kidding, of course. Pros and cons (and mixed reviews) aside, it’s still a superhero film that will give you nerd-gasms as a true fan. But let’s talk about that some other time—the first thing you need to do right now is to get off the internet and go watch the movie!