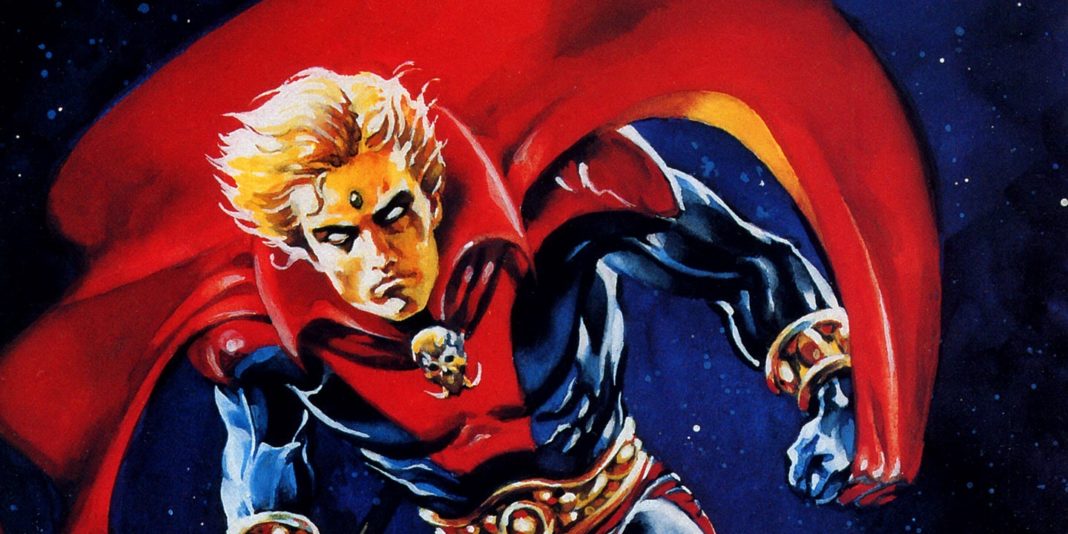 Damn you, Marvel Studios. You can never just leave us with a simple, solid movie. Instead, you have to tease us and lure us into future movies with all of these post-credits scenes, which is exactly what happened during the plethora of extra scenes presented after Guardians of the Galaxy Vol. 2. Let’s see, there was a teenage Groot, an elder collection of Guardians, and the big reveal… Adam Warlock’s birthing pod.

Rumors of Warlock’s arrival had been greatly exaggerated. The newest Adam rumblings stem from an off-the-cuff remark from Stan Lee at a Comic Con in DeMoines that was attended by GameZone.

“It was also hinted at that a major new character will appear in Avengers: Infinity War. When asked if he could give us any details, (Stan Lee’s) assistant whispered in his ear and told him he can’t discuss it in-depth. He said that a new character (maybe even multiple) would appear and it would please the fans.”

New characters could mean anyone: Captain Marvel, Wasp, or even someone like M.O.D.O.K. However, the growing belief is that next year’s Avenger: Infinity War will be the first time Adam Warlock appears in The Marvel Cinematic Universe.

I personally don’t believe that rumor for a second. The movie is already crowded with a coalition of colorful characters, so adding someone like Warlock for the sake of adding characters seems… short sighted. Still, his cocoon’s inclusion at the end of Volume 2 means he’s coming. Eventually. Whenever that is can be debated at another time. For now, all I care about is selecting the best candidate to portray the perfect specimen.

So without further ado, here are five characters that would be a stellar choice to take on the role of Adam Warlock.

I would love for Denzel Washington to play the role of Adam Warlock. He’d bring instant credibility to the role and would be the most unlikely megastar to do a superhero movie. More importantly, Washington fits crucial Warlock criteria: Adam Warlock is supposed to be genetically perfect. Fun fact about Denzel… his face is nearly 100 percent symmetrical (one of the major factors in people deciding beauty).

Washington is well…the  perfect choice… to play someone so perfect like Warlock. While Washington doesn’t normally delve into blockbuster movies, perhaps the chance to become a golden hero is just the perfect role to lure him in.

I mean… come on. Director James Gunn brought Kurt Russell and Sylvester Stallone into Guardians Vol. 2, why not bring another 80’s action star in for the sequel? Sure, there’s always someone like Arnold Schwarzenegger, but why not Willis? He knows how to kick some as and the thought of John McClane as a member of the Sovereign makes me want to pass out from pure happiness.

It just kind of makes sense. I can’t think of any reason why McConaughey shouldn’t take on the role. He’s been a hot commodity since winning his Oscar for Dallas Buyers Club and normally, after winning an Oscar, you get picked up right away for a superhero role (right Brie Larson and Jared Leto?). The “McCon-assiance” needs to continue and landing a role like Adam Warlock seems like a match made in heaven.

Listen. If Hollywood actors can continuously do public campaigns for roles then why can’t writers? So, here you go James Gunn… I’m officially putting my hat in the ring. I’ll be patiently waiting by my phone.

McConaughey would be the perfect choice… if Mr. Brad Pitt didn’t exist. The man has the acting chops to knock any role out of the park. He’s got the looks you’d want for someone taking on the Warlock role. Also, he seems interested in joining the superhero movie genre following reports that he was close to taking the role of Cable in Deadpool 2.

If the stars are aligning for one of the biggest stars in Hollywood to join The Marvel Cinematic Universe… then give him a role worthy of his talents.

If Pitt and McConaughey are both perfect choices… why aren’t they number one? Well, if we’re being honest, neither would probably accept the role. Realistically, Marvel would have a better chance at bringing someone in like Alexander Skarsgård, and that doesn’t mean they’re settling.

Skarsgård is a solid actor with the look to be a respectable Adam Warlock. He is also in need of his big break. While The Legend of Tarzan was a surprisingly good movie (seriously, give it a view), the movie wasn’t exactly a box office champion (but also not a dud). Bring Skarsgård into the MCU. Let him knock the role of Adam Warlock out of the park and you can have another terrific actor locked into a role for several MCU phases.

So, what are your thoughts? Do any of these choices resonate (especially choice 2.5), or is there anyone else you’d rather see take on the role in Guardians of the Galaxy Vol. 3? Let us know your choice in the comment section below! 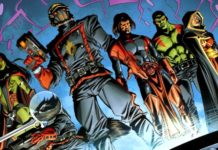 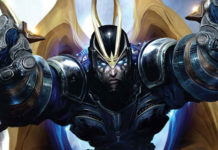 Sylvester Stallone and Michael Rosenbaum Role Speculations in Guardians of the Galaxy Vol. 2