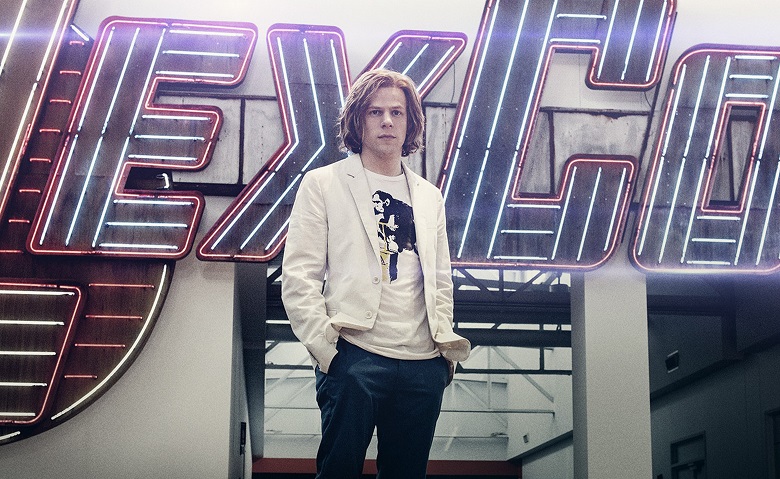 There was a point when Jesse Eisenberg really had no idea if his uncharacteristically erratic Lex Luthor would be appearing in the forthcoming Justice League film. In fact, it seemed likely that Lex Luthor’s journey had already reached its dramatic denouement; a permanent incarceration coupled with recurring, flatulence-inducing visits by a considerably incensed Dark Knight. However, regardless of harsh opinions knocking the actor’s portrayal, or the character’s apparent, infinite internment, Lex Luthor is a key Superman foil and a prime, unrelenting DCU antagonist. So, was Batman V Superman the beginning and the end of Lex Luthor’s story, or will Jesse Eisenberg’s Lex Luthor appear in Justice League? During a recent appearance at the MCM London Comic Con, Eisenberg confirmed his return to the role, and his appearance in 2017’s Justice League film.

“I’m kind of in wait,” he revealed. “They just started filming Justice League, so I’m kind of like waiting for my crack at it. I don’t know what I’m allowed to say, because I feel like there’s probably some drone following me from DC, and if I say anything wrong I get, you know, picked off. But yeah I think so, and I love it, and I love everybody who’s in it. You know, it’s a really talented group of people.”

A few things worth noting-

1. If production has already started, his role is probably nothing more than a cameo. Yes, all Eisenberg detractors can now breathe a sigh of relief. However, the cameo would be completely necessary considering his apparent connection to rumored Justice League antagonist, Steppenwolf.  So, a reduced appearance, but far too necessary to be avoided.

2. Luthor might be offering overflowing mason jars of “Granny’s Peach Tea” to certain players in this year’s Suicide Squad film. That’s my clever way of saying, “He’ll show up here, too.”

So, looks like we’re definitely getting some more “Jesse Luthor.” How is this sitting with you? LET US KNOW BELOW!