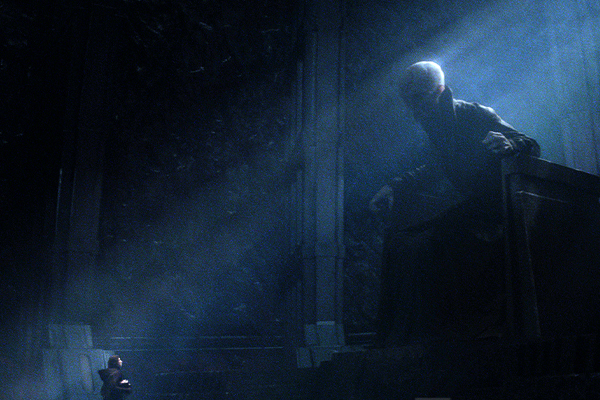 In the wake left from Star Wars: The Force Awakens, many questions arose. Who are Rey’s parents? How did Maz Katana get Luke Skywalker’s lightsaber? However, the biggest riddle that the internet is now trying to solve is… WHO IS SUPREME LEADER SNOKE?

Internet theories have sprung up all over, claiming they know the true identity of the mastermind behind The First Order. Some argue it could be Emperor Palpatine… or even his original master Darth Plageuis. Theories have also thrown out names like Darth Vader, Luke Skywalker and even Grand Moff Tarkin.

Now a new rumor has been brewing… or dare I say… awakening! It’s a theory so crazy… that it has to be true. To be honest… I have never wanted anything more from Star Wars than this.

Yes. That Jek Porkins. The member of Red Squad who seemingly met his demise during the Battle of Yavin. The man who failed to cover Biggs Darklighter… got hit by a proton torpedo… and crashed into the Death Star. That Jek Porkins.

Now what do we know about Supreme Leader Snoke. He is not a fan of The Resistance… or even The Republic. He is disfigured… and really that’s about it. So little is known about Snoke, that it opens the door for him to really be anyone. So if names like Vader and Tarkin can be dropped with ease… why not Porkins?

I mean… the man clearly has a vendetta against The Empire/Republic, or he wouldn’t have been fighting them in the first place. Then he would have issues with the Resistance, since they would have left him to die after he crash landed on the Death Star. By starting the First Order, Porkins could have his own intergalatic militia ready to rebuild the galaxy with him in charge. As for the look… I mean 30 years is a long time. Cleary, Porkins would lose some weight… ditch the goatee… and dress in a long cloak. It all makes sense.

Also, I don’t care if it’s basically impossible that he could survive both his X-Wing crashing and the exploding Death Star. If the Millennium Falcon could complete the Kessel Run in under 12 parsecs… then anything is possible.

Improbable… yes. Unlikely… absolutely. But a person has a right to dream. So when Episode VIII comes out in December 2017… I will hold out the sliver of hope that should Supreme Leader Snoke reveal his true identity… he’ll announce… “It was me… Jek Porkins all along!!!”

A person can dream.