Turkish Airlines and Warner Bros. revealed a new partnership over Batman v. Superman: Dawn of Justice. This partnership included a themed flight promotion as well as Turkish Airlines being the official sponsor of the film’s United States and United Kingdom premieres. Other trailers such as this one are supposed to feature Batman and Lex Luthor also on Turkish Airlines planes. This particular trailer shows footage of Wonder Woman (Gal Gadot) on a Turkish Airlines jet. Astonishingly, the jet is actually visible! This scene is said to be a ‘pivotal’ scene in the film.  We also get our first look at Joe Chill.  Other than those additions to the trailer, nothing is new from what we have seen before. The movie is to be released on March 25. Check out our upcoming movie schedule to see what else is coming out in 2016. 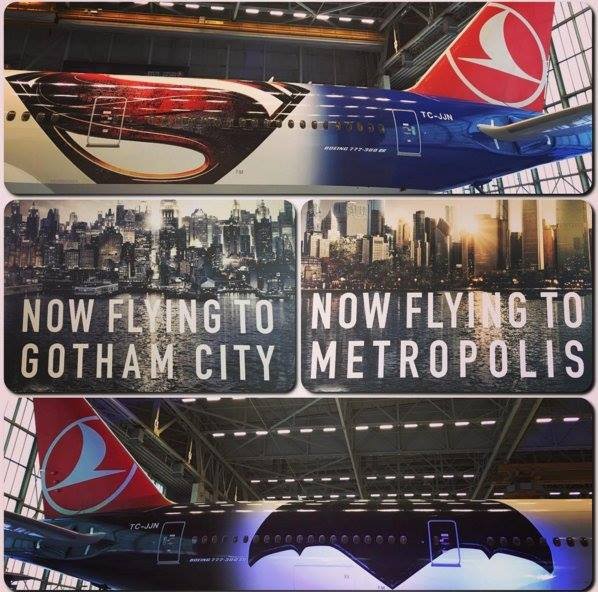 Batman V. Superman: Dawn of Justice is scheduled for a March 25th, 2016 release and is directed by Zack Snyder, with a screenplay and story written by Chris Terrio and David S. Goyer. The film stars Ben Affleck, Henry Cavill, Amy Adams, Jesse Eisenberg, Diane Lane, Laurence Fishburne, Jeremy Irons, Holly Hunter, and Gal Gadot. Are you excited? We are!