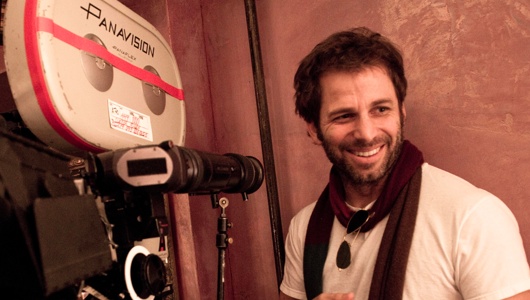 That Zack Snyder…he is a busy man! Between ramping up the marketing push for Batman V Superman: Dawn of Justice and hosting ‘Crash the Super Bowl’ parties, he also has enough time to answer the endless torrent of questions. One thing is for certain; people can’t stop talking about DC! Recently, Zack Snyder was asked his thoughts on the state of DC TV and whether or not CW’s version of the Fastest Man Alive will affect the way he uses Ezra Miller. His response? Well, let’s just say he is quite enthusiastic about DC TV!

“This is the bottom line for me. I have 100% respect and love for what they’re doing on TV. I think it’s amazing. The joy and the fun of them speaks to the iconic, graphic nature of these characters. These characters are bigger than any of the actors playing them. Long after I’m done making a Batman v Superman movie, there will be someone else who makes it. It’s almost like an American tradition now we’ve established that these characters will be played again and again, and they exist outside of us in this moment.”

“I think that’s sort of the thing I’ve embraced, and as opposed to trying to shoehorn all of these storylines into a single universe, we let the characters exist in multi-universe, and therefore it’s a lot more fun and a lot more value for the audience,” continued Zack Snyder. “They get to see their favorite and most beloved characters on different adventures at the same time in different universes and it really makes the meal a lot richer and a lot more fun. We get to go with these guys in all different directions and that’s really the joy of what we’re trying to do over here at DC.”

I suppose that is one way of looking at it! One could only expect DC and DC TV to try out something different than Marvel. Marvel makes all of their shows and movies interconnect as where DC has a bit more of a laissez-faire approach.