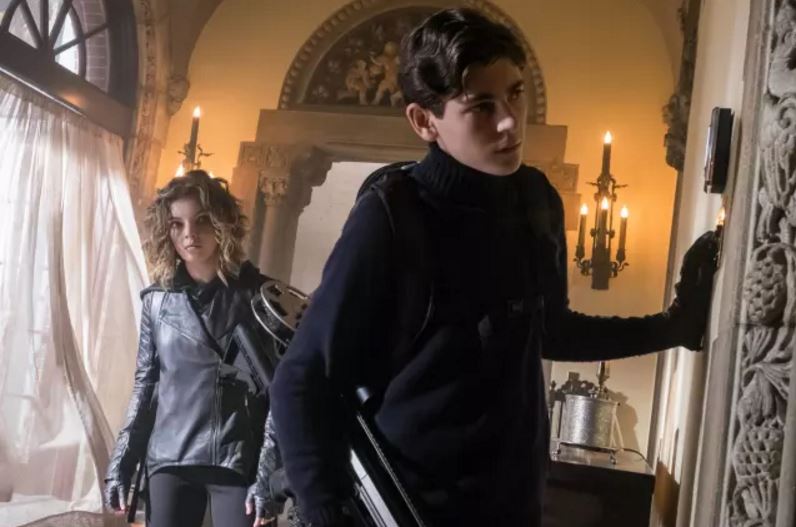 These are the 5 things that kicked us in the gall bladder (and sometimes in a good way) as we watched Gotham Season 3 Episode 11: “Beware the Green-Eyed Monster.” And, our observations are a little “spoilery,” so…if you’re catching this tomorrow, I would bookmark this article and join us afterwards. Still with us? Good, we’re always glad to have ya’.

Holy hysteria, Batman, was this week’s episode of Gotham melodramatic or what? I mean, do we really need slow motion shots of Lee Thompkins walking the aisle to marry an Alice Tetch-infected Mario Falcone juxtaposed with slow motion shots of James Gordon being escorted from the premises? Talk about heavy-handed. And James Gordon intensely declaring that he will stop Lee from marrying Mario? It all just lays there like a big, stinky, festering, overwrought plot turd.

2. No Honor Among Thieves

The continuing drama between Penguin and Riddler is handled much better than the Lee/ Gordon nonsense. It is very clear that the brain trust behind Gotham enjoys Edward and Oswald much more than they do any other romantic entanglement (except perhaps for Bruce and Selina which continues to be strong). This week, Nygma comes to realize that it was Penguin who murdered his beloved Isabella and enters into a union with Barbra Kean to take the throne of Gotham’s underworld from the waddling killer. Who knew a crush by one classic villain on another would be the most dynamic storyline on Gotham?

We finally get to see a Talon in full-out action this week. And when Alfred Penyworth went mano-e-bultero with the masked assassin, well, let’s just say I forgave the overcooked Gordon story arc. Seeing Alfred gentlemanly kick ass is always a Gotham highlight, and this week is no exception. Sure, Alfred might have lost the battle if not for Selina and the sudden arrival of Selina’s mother (!), but I always relish a chance to see the Alfred by way of Bond in action.

So James Gordon took down Victor Zsasz this week. Gordon knocked the dangerous killer unconscious — and then, Gordon just left. He left with a known serial killer and mob hitman just lying there. Unconscious. Didn’t even call it in. That’s just…profoundly bad writing.

The Bruce and Selina heist is a load of fun, and it led to the aforementioned butler brawl so at least that saved this week’s episode. Catwoman’s mom has never been a major part of the comic so we’re entering some virgin territory here. This could a nice chance to flesh out Selina a bit more as she develops as a future costumed cat burglar.