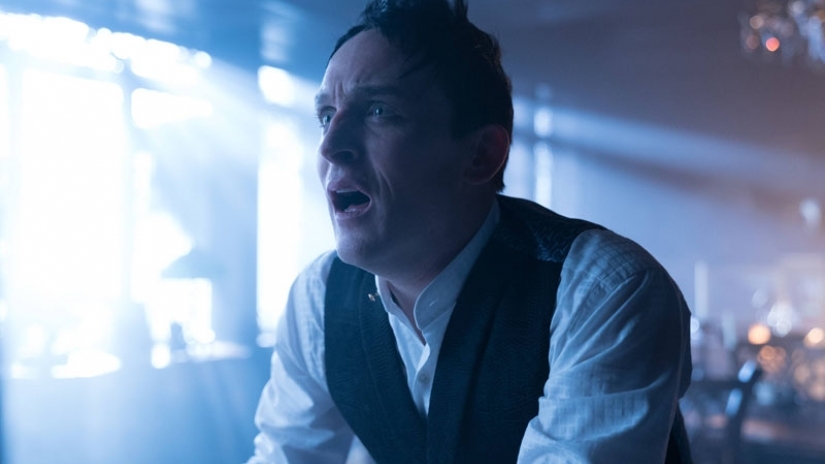 These are the 5 things that kicked us in the gall bladder (and sometimes in a good way) as we watched Gotham Season 3 Episode 12: “Ghosts.” And, our observations are a little “spoilery,” so…if you’re catching this tomorrow, I would bookmark this article and join us afterwards. Still with us? Good, we’re always glad to have ya’.

Awesome return of Clayface in “Ghosts” as Basil Karlo returns at the behest of Edward Nygma. Nygma uses Clayface as the shapeshifting freak disguises himself as Penguin’s deceased father. It’s always awesome to see Paul Reubens in anything, but seeing Clayface wearing a Wee Willy Winkle sleeping cap is just extra awesome sauce. The faux Clayface ghost drove Penguin to murder as Nygma’s plan to destroy Cobblepot begins in earnest.

The ADD of Gotham continues in “Ghosts” as Carmine Falcone puts a hit on Jim Gordon this week — and calls it off by episode’s end. If you recall, last episode, Gordon murdered Falcone’s son on his wedding day. The younger Falcone was all hocked up on the poisoned Tetch blood of the Mad Hatter’s sister and was about to kill his new bride Lee Thompkins when Gordon shot him dead. This week, Daddy Falcone gets all vengeful and orders Victor Zsasz to take down Gordon. And then, Thompkins calls it off and the plot thread is cut before it begins. I guess the showrunners want to begin the Jerome stuff now as the third season of Gotham continues to be an amorphous amalgamation of stuff with no clear direction.

We started with Hugo Strange and the Monster Men, went to Fish Mooney, morphed into the Tetch drama, shunted over into the Barnes saga, popped off into a Court of the Owls aside, and finally popped over to the Falcone bit of business that will soon transform into a Jerome story. Ah, Gotham, don’t ever change. No, on second thought, please do change. I’m getting whiplash over here.

Speaking of Jerome, I really do like the idea of a Joker religion spreading through Gotham City. Gotham even cast David Dastmalchian in the role of the morgue worker charged with bringing Jerome back to life. Remember, Dastmalchian played one of Heath Ledger’s minions in The Dark Knight, so it’s cool that Gotham brought the character actor to TV, once again in the role of a Joker loyalist. It was announced recently that Harley Quinn would be coming to Gotham in some form, and I guess that story begins with Dastmalchian’s character and “Ghosts.”

The introduction of Selena Kyle’s mom has the potential to add yet another storyline to the already over-stuffed Gotham, but I have to admit, the elder Kyle has some fun interactions with Alfred and Bruce this week. The introduction of Mama Cat allows for some great character moments with Selena and also allows for some rich mining of the young Catwoman’s past. Selena’s mom has never really been a focal point for many comic stories, so this could be some untapped story geography for Gotham.

The killing of Mario certainly has been melodramatic, huh? I’m not really buying the fact that Lee Thompkins, a woman who has a deep value for human life, would ever make a deal with a known criminal to kill someone. Of course, Lee begs Carmine Falcone to cancel that hit on Gordon, but the whole thing seems to kind of go against what has been established about the always gentle and heroic Lee Thompkins. 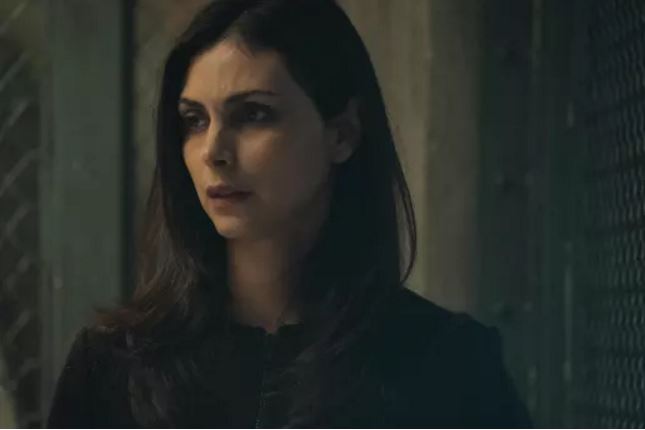 And while we’re on this subject, why the heck does Gotham feel the need to cast the future commissioner in the role of harmful pariah? I get that Gotham City is a cesspool of corruption and Gordon is drowning in it, but I don’t know about this Gordon as a human wrecking ball analogy.