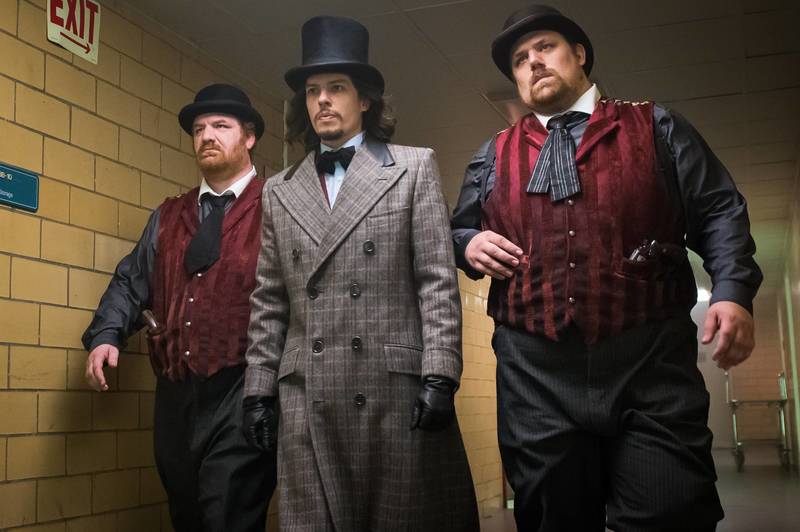 These are the 5 things that kicked us in the gall bladder (and sometimes in a good way) as we watched Gotham Season 3 Episode 7: “The Red Queen.” And, our observations are a little “spoilery,” so…if you’re catching this tonight, I would bookmark this article and join us tomorrow morning. Still with us? Good, we’re always glad to have ya’.

Every genre show has to do the hallucination/drug trip/ mind-control episode, right? Usually, this little trope is pretty tired, but between the exploration of James Gordon’s father and the usage of Barbara as Gordon’s spirit guide, the Red Queen trip worked very well this week on Gotham. The hallucinations aren’t too precious and reveal just enough about Gordon’s psyche to justify the time spent. Plus, the big reveal of Gordon’s daddy at the end of the episode made the Red Queen dream quest very necessary. Well done stuff.

So Miss Cringle has a double, huh? I guess a Bruce Wayne doppelganger wasn’t enough for Gotham, and we needed some more double-vision. Going to the dupe well may stretch the boundaries of believeability, but we’ll reserve judgment until we see where this new Riddler romance goes. Is it some revenge plot by an until now unrevealed Cringle twin, or is the Cringle dupe somehow related to the Bruce Wayne dupe. Hopefully, the new Cringle lookalike doesn’t just exist as a foil for Penguin’s romantic advances towards Nygma, because then, what would be the point?

I love how the Court of the Owls is this beneath the surface, omnipresent threat that is always lingering in the background of Gotham. That really follows the comic intro of the Court very well. To see the head of the Owls meet Penguin this week is a delicious taste of things to come as the Owls get their claws deeper and deeper into Gotham City.

Well, how about that ending? We see Gordon’s father in his Mad Hatter-caused drug trip, but it seemed like the elder Gordon and his ring are simply plot devices to make Gordon realize his duty to his city. But not so fast. That very same ring is on the finger of a newly revealed member of the Court of Owls. Could the senior Gordon be part of the Court? If so, the Owls just became much more important in the mythology of Gotham. To introduce the elder Gordon via hallucination and then hitting viewers with the big Court of Owls reveal is some seriously deft storytelling.

Well, I guess the Mad Hatter arc is over, and it’s too bad. Other than Jerome, Jervis Tetch has been Gotham’s most potent threat. This week, we are treated to a brief meeting between the Hatter and the Penguin and I was really hoping to see them become adversaries, or at least bang heads for at a bit. Hopefully, Hatter will return at some point so we can learn the origin of his mind control devices and see the tale of his further descent into madness. 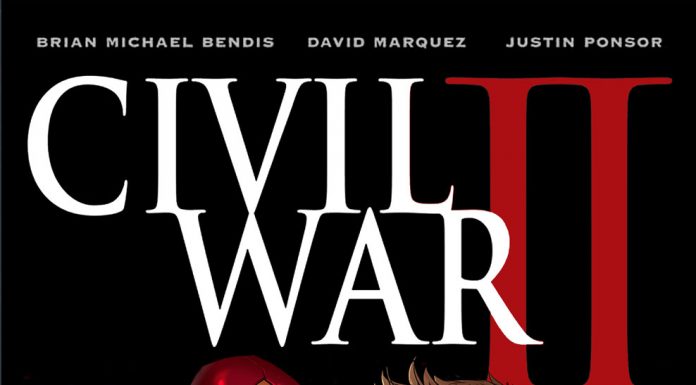 Choose Your Side! Your Look Inside CIVIL WAR II #1!