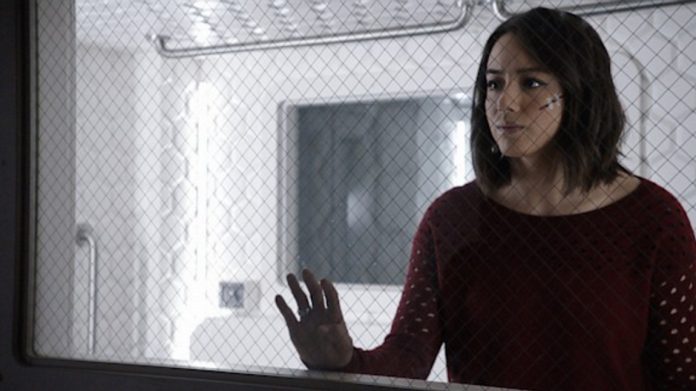 Check out Our Review [WITH SPOILERS] of Agents of SHIELD Season 3 Episode 20: “Emancipation.”

Well the events in Captain America: Civil War trickled their way down into the television world. Absent was the masterful espionage story, the massive action sequences, or the heroes in tights. Instead, we were given… bureaucracy. (*sigh*)

After weeks of building up a solid storyline dedicated to Hive developing an Inhuman army, Agents of S.H.I.E.L.D. was forced to intertwine its separate story with the events of Civil War. However, following a small Captain America reference (coming from Director Coulson watching the events unfold on the news), he met with General Glenn Talbot to discuss the Sokovia Records. Because when you want to watch a spy show set in the Marvel Universe, it’s important to commit an episode to paperwork.

Due to the events of Civil War –  including some of the Avengers signing the Sokovia Accords – it was revealed that President Ellis now wants to keep track of any Inhumans lingering around. So Coulson gave him a tour of S.H.I.E.L.D. covert hideout and introduced him to Elena Rodriguez and Lincoln Campbell… and apparently both of them were Team Cap. We were also reintroduced to Lash, who has been chilling out at the S.H.I.E.L.D. base this whole time with Agent May. Coulson and Talbot went back and forth on the Accords for quite some time, until finally… we got to the action.

All Lincoln wanted to do is be with Daisy Johnson and save her from the brainwashing of Hive. So it was easy to believe he was working with her, as Daisy hacked her way into S.H.I.E.L.D.’s headquarters and led Lincoln on a wild goose chase to take over a Quinjet (which she can remotely command). Lincoln dodged May and zapped Mack… seemingly making his escape. Once at Hive’s secret base, the ancient parasite Inhuman was ready to welcome Lincoln with open arms… until he realized that S.H.I.E.L.D. was in control all along (I mean, Coulson did tell Talbot that he runs a tight ship). It’s worth noting that this was the first time we saw Lincoln act like a trusted member of the Task Force… when he’s usually relegated to being the loose cannon.

Once that Quinjet loading door opened, a tingling sensation ran up everyone’s spine. We were about to see Lash take on Hive. Since a glimpse of Lash was released last summer as part of season three’s promotion, the idea of seeing an awesome looking Inhuman in action was mind-blowing. Agents of S.H.I.E.L.D. finally put all the pieces in one place for a great action sequence… but it didn’t really deliver.

After Lash knocked Hive down, that basically ended their confrontation. Soon after, Hive’s group of newly created basic Inhumans (who look like The Silence from Doctor Who), jumped in only to get killed one-by-one. Then Daisy showed up… but was too weak and knocked down. At least Lash was able to remove the Hive parasite from Daisy, but when he put her into the Quinjet for safety… Lash was immediately killed. End of fight… end of show. It was a lackluster ending to a lackluster episode.

-Who Is Going Down?-

So let’s hope Agents of S.H.I.E.L.D. can pick things up as part of its two-part season finale next week. The biggest question is this: what agent is going to die? If you’ve been watching this season, you are aware that a Quinjet is going to explode with an agent inside. It appears that Mack is the one doomed, since the cross he received this episode from Elena was seen inside that explosion. However, that would be too obvious… so let’s hope the fallen agent has more of a twist that we never see coming!

Did anyone else notice the subtle hint that S.H.I.E.L.D. could soon be brought back up to the big leagues? In their Sokovia Accords discussions, General Talbot looked at Coulson and said, “Aren’t you tired at playing in the shadows? Don’t you want to come back into the light?” (I took liberties with that phrase.) Is that a hint from showrunners that we will once again see S.H.I.E.L.D. sharing the screen with Iron Man, Captain America and the rest of the gang?

We haven’t seen S.H.I.E.L.D. in a Marvel movie since the organization was disbanded following Captain America: The Winter Soldier (I don’t count the flashback in Ant-Man). Since then, S.H.I.E.L.D. has been on its own on the small screen. Perhaps the group gets rebooted by either Steve Rogers or Tony Stark (perhaps it’s what Nick Fury was up to during Civil War)… leading to S.H.I.E.L.D. having some sort of role in the upcoming Infinity War. Now, will the characters we have fallen in love with in Agents of S.H.I.E.L.D. also be on that path to the silver screen? That remains to be seen. 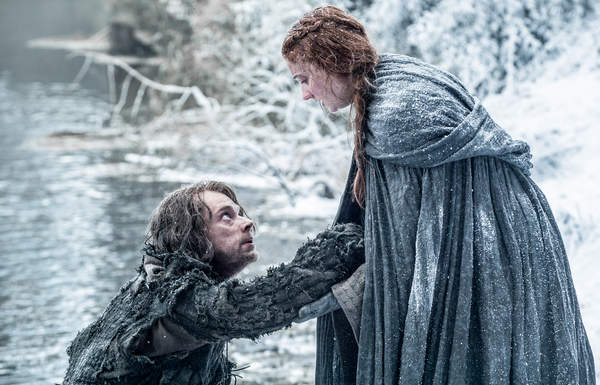