Check out Our Review [WITH SPOILERS] of Agents of SHIELD Season 3 Episode 17: “The Team.”

Since last summer, Agents of S.H.I.E.L.D. promised the rise of the Secret Warriors. Well, they finally delivered… only to take it away from us.

“The Team” picked up right where last week left us, with Daisy and Lincoln assembling a team of Inhumans to take on HYDRA (who captured the rest of the S.H.I.E.L.D. Task Force). Joining forces, the Earth-shattering Daisy, a.k.a. Quake; Lincoln, the master of electricity; the speedster Elena “Yo-Yo” Rodriguez and last but not least, the metal manipulator, Joey Gutierrez.

Together, the team burst into HYDRA’s headquarters and with ease subdued the evil organization, captured the head of HYDRA Gideon Malick and rescued all their friends in the process. It was an easy operation, handled perfectly. In fact, it seemed almost too easy… because it was.

S.H.I.E.L.D.’S celebration was cut short once Director Phil Coulson got to interrogating Malick. Last time we saw Gideon, his daughter was killed by Hive. That betrayal led a broken Malick to squeal on Hive’s plans, which included spilling the details on the alien parasite’s true power: the ability to control Inhumans (a power given to him when Hive was created by the Kree). That power now meant one thing… a member of the Secret Warriors had been corrupted by Hive and was under the control of HYDRA.

-FINDING A CURE FOR HIVE-

During the Secret Warrior’s assault on HYDRA’s base, there was one casualty… the Medusa-powered Lucio. After paralyzing Lincoln with his stare, Gutierrez saved his ally by melting a makeshift switch… and plunging it right into Lucio’s heart. The Inhuman’s body was brought to Fitz-Simmons, who realized something; despite being dead, the Inhuman’s corpse wasn’t cooling down. If anything… it actually got warmer.

Hello, autopsy. After peeling Lucio’s scalp away (I was not expecting that scene when it happened), Jemma then proceeded to saw off the skull, finding a startling image. Lucio’s brain had been “infected” by Hive allowing for mind control and obedience. Fitz-Simmons quickly realized the process wasn’t permanent, so they began their quest to find a cure and potentially use it to destroy Hive (but probably not the body of Grant Ward).

Also, it’s about time Leo Fitz and Jemma Simmons get together. It’s been two-and-a-half seasons of “will they, won’t they” that was getting a little long-winded. Now they can finally be together and have their romantic relationship completely get in the way of their professional one. Well, that’s before one of them gets kidnapped by HYDRA, or turned into an Inhuman or whatever horrible thing will happen.

-QUAKE ON HER OWN-

Well, Malick warned Coulson that someone on his Inhuman team was compromised. After S.H.I.E.L.D.’S underground lair was attacked from within (leaving Malick dead), the Inhumans were to be questioned. Agents of S.H.I.E.L.D. gave the impression it could have been anyone. Yo-Yo and Gutierrez were suspects, but it looked like Lincoln was the one responsible after the Kree orb he retrieved last week was found inside his belongings. But come one… anyone could tell he was being set up.

It turned out… it was Daisy all along. It was revealed that during the siege on HYDRA, Hive cornered her and sent his parasites into her, taking control of Daisy and her Quake powers. It was Daisy who killed Malick (in a manner just like the vision Gideon had). She then proceeded to steal the Kree orb, grab a bundle of Inhuman-changing terrigen crystals, and then bring the S.H.I.E.L.D. facility crumbling down with her powers. Now HYDRA has everything it needs to develop an Inhuman army and SHIELD is left in the rubble with a disbanded Secret Warrior project.

“The Team” was a fantastic episode that started with a terrific Inhuman-powered action sequence and finished the episode off with a twist-filled whodunit story. You have to assume Fitz-Simmons will develop some sort of cure to save Daisy, but it’s what happened before the cure that I can’t wait to see more of.

S.H.I.E.L.D.’S trust with the Inhumans is gone. Not only that, but it seems the Inhumans can no longer trust S.H.I.E.L.D. It’s this kind of turmoil that can lead to a registration act within the MCU. So by the time Civil War rolls around, it appears a particular Government agency will stop helping people with super-powers and instead look to contain them. It’s going to be a fun ride watching how Agents of S.H.I.E.L.D. connects its story to what we’re going to see in Captain America: Civil War. Let’s just hope that some of our favorite TV characters finally find a way to join their big screen compadres. 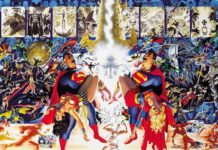 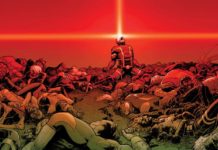 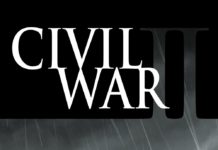