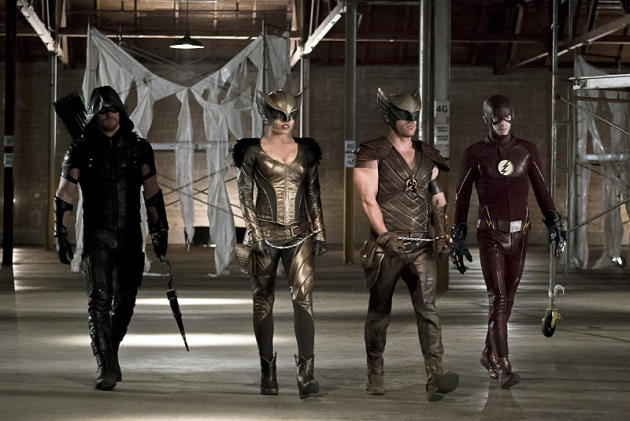 Check out Our Review [WITH SPOILERS] of Arrow Episode 8: “Legends of Yesterday.”

Remember when Arrow didn’t feature super powers? Remember when it was almost like a Christopher Nolan lite version of Batman Begins, but with Oliver Queen instead of Bruce Wayne? Remember when it was s semi-grounded martial arts drama? Well, those days are long gone because Arrow Episode 8 featured two resurrected nobles from ancient Egypt, two immortal villains, a time traveling speedster, a dude that could see the future, and a team up of six (count ’em) members of the Justice League. Yeah, I’d say Arrow has come a long way.

Of course, “Legends of Yesterday” continued from, well, yesterday, as Vandal Savage continued to hunt for Kendra Saunders. Kendra was having her doubts about being Hawkgirl and really wanted no part of the whole thing. Doubts plagued many of our gathering of heroes as Oliver Queen also began to suffer some severe doubts about himself and his mission, and sadly, these doubts almost slammed the breaks on the whole episode.

I get that Oliver Queen having a child out of wedlock is a huge deal. I get that the brain trust behind Arrow is clearly playing a long game with this newly introduced kid (who loves to play with Flash action figures). I get that this child and his mother will have a huge impact moving forward, and I get that this little plot elements was introduced way back in season two. But man, dropping it right in the middle of this crossover just gob- smacked the pacing.

Everything was frenetic – move, move, move – and I get things have to always slow down in the second act of these kinds of stories, but wow, molasses time! Oliver discovered the kid in question (and interestingly, the child was not Connor Hawke. Could Oliver have TWO by-blows running around out there?) was a sweet lad whose mother was paid off by Oliver’s mother way back when Deathstroke was still running around Starling City. Oliver had Barry run a paternity test, things got all Maury Povitch, and Green Arrow was indeed the daddy. He kept it from Team Arrow for reasons that were kind of muddy and Felicity got mad and broke of the whole “Olicity” thing. This caused Oliver to be plagued by self doubts and between that and Kendra’s issues, our heroes were summarily killed by Vandal Savage when they confronted him – almost all of the heroes and all of Central City, and possibly the entire world. Luckily, the heroes had the Flash who was able to race back in time and try again.

So we got to see it all unravel again and this time, Oliver did not allow Felicity to find out about the kid and went into battle with a clear head. Why he didn’t just come clean is beyond me (hey, Felicity, remember when I was a total womanizer? Well…) but the Hawkgirl portion of the story saved this portion of the show. Previously, it was Hawkman that tried to train Kendra in letting out her inner bird of prey. As DC Comic fans know, Hawkman is not exactly the most nurturing guy in the Multiverse and his coaxing did no good. But when the supportive Cisco Ramon gave it a whirl, Kendra was able to embrace her inner hero and out came the confidence AND the wings. And let me just say, and I don’t mean this is a yucky, internet fanboy creepy sort of way, Kendra looks absolutely amazing in her Hawkgirl suit. She looks powerful, iconic, and perfect as the second costumed female hero in DC history. It is an ornate costume and it could have looked very silly, but she looks exactly like the character is supposed to and it makes for a striking visual.

So Team Arrow, Team Flash, and the Hawks tried again with Savage. This time, friendship was magic and they defeated and destroyed the immortal despot, reducing him to a pile of dust. Of course, the heroes didn’t sweep up said dust, but Malcolm Merlyn did, clearly setting things up for “Legends of Tomorrow.” The lesson to be learned, always sweep up your dead immortal villain dust.

The action was tight, but the paternity subplot was lacking. The plot just didn’t justify Oliver not telling Felicity the second time around. These are people who have almost literally been through hell together and such an adult and real world problem can’t be dealt with? The Kendra/Cisco relationship was handled much better, with Kendra leaving Central City (for St. Roche, how about the DC fans?) and Cisco. Cisco seemed very disappointed but not overly distraught. It was a realistic reaction because as much as Cisco liked Kendra, they only know each other, like, a week. The episode did not milk that little heartbreak for every last drop of angst, and I wish the Oliver Queen portion of this week’s soap opera was able to follow in the subtle realism of the Cisco portion of the saga.

Diggle, Thea, and Laurel got short thrift this week even though Diggle was the one to discover an ARGUS video detailing Savage’s vulnerability to a certain type of meteor (NTH METAL!). In these types of frenetic and almost bloated crossovers, some characters have to step aside for a bit, so this was expected. I do look forward to seeing where the bloodthirsty Thea plot is going but I can wait until after the winter hiatus.

I can’t get too down on an episode that featured Green Arrow, Flash, Hawkman, Hawkgirl, Black Canary, and Vibe and also featured flashbacks to the Hawks’ origins in ancient Egypt. It was a fun superhero mash up with tons of action and even a hilarious reference to Avengers: Age of Ultron. It was all higher stakes and way more fun than last year’s grim Flash/Arrow crossover and I look forward to next year’s. But for reals Oliver, just tell Felicity about the kid. 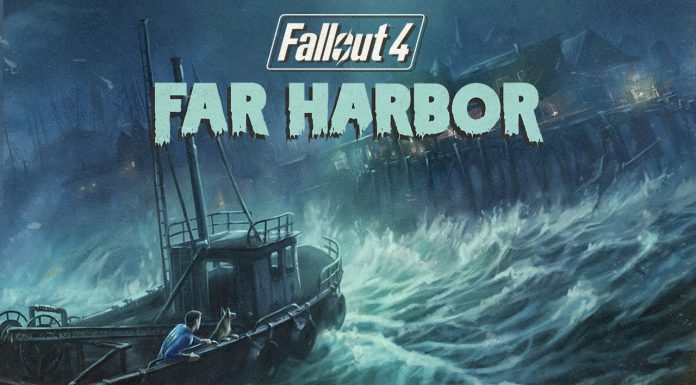 Will There Be a Force Awakens End-Credits Scene?

First Look at The Joker and Robin from the Lego Batman Movie!