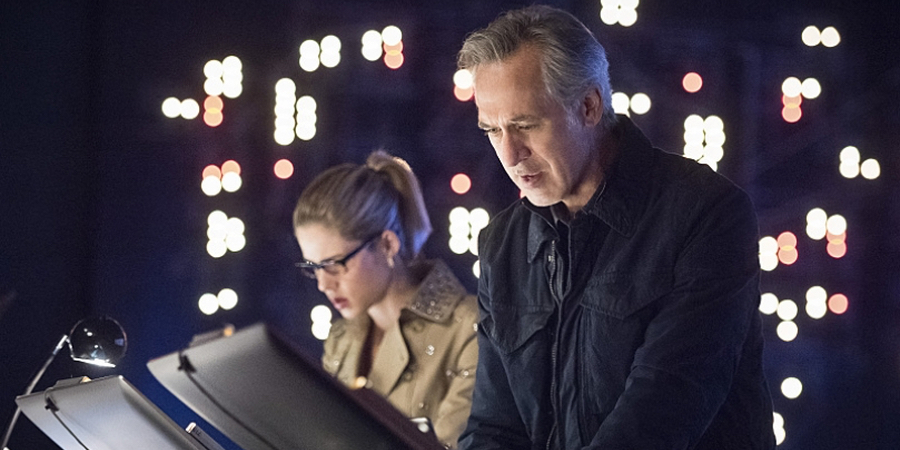 Check out Our Review [WITH SPOILERS] of Arrow Season 4 Episode 21: “Monument Point.”

This season on Arrow, things have been pretty low stakes. The season has centered on the seemingly never ending battle with Damien Darhk, but the struggle has kind of been a going through the motions type of thing. Yes, everything escalated a few weeks back with the death of Laurel Lance, but even that major plot twist was diluted by inconsistent character behavior and plot convenience.

This week, Arrow finally hit a sense of import as, in order to feed his death-enhanced powers, Darhk launched a load of nuclear missiles around the world. Team Arrow had to recruit Felicity’s father, the Calculator, to do some computer juju to override Darhk’s control.

The episode starts out with a conflict over whether Felicity’s pop can be trusted. This annoys the heck out of me because John Diggle is leading the anti-Calculator charge. Dude, wasn’t it your trust in your brother that got Laurel killed and everyone to the brink of Armageddon? That bit of dopiness ended quickly, thank goodness, as Team Arrow saves Calculator from Darhk’s men. Along for the ride were old school DC TV villains Murmur and Brick, but even they can’t stop a focused Oliver and Diggle.

Meanwhile, Thea is still stuck under the doom in Genesis with another old enemy. This week, we get an explanation on what Genesis is and how it works. We also find out that Darhk-hater Anarky has stowed away in Genesis and is out to shut down the O2 supply. So Thea must not only get over the fact that she and a brainwashed Alex are Darhk’s prisoners, but now she has to stop one of Darhk’s enemies from killing everyone. Along with Thea, Malcolm Merlyn is a resident of Genesis and reveals Darhk’s plan. You see, Darhk is going to nuke the world and absorb all the death energy to fuel his dark magic, leaving Genesis underground to repopulate the world. It’s all very classic Ra’s Al Ghul and very tense as Arrow seems to turn a corner into legit superhero intensity this week.

So Oliver, Felicity, Diggle, and Calculator need to steal some tech to gain control of the nukes while Felicity must come to terms with her father and his past. In truth, this episode has the best Felicity moments of the season as it’s all about action and emotion rather than breakups and tears. Calculator manages to gain control of all the missiles but one and Felicity actually saves millions of people by knocking the nuke of course.

But not totally of course, as the nuke hits a populated area and kills tens of thousands of people, people that Darhk absorbs. Well, damn, Arrow sure just nuked thousands of people. You want high stakes, there you go as, all of a sudden Darhk takes his place at the top of the pantheon of evil of DC TV.

This should have some seismic consequences for not just Arrow but all of the DC CW shows. A freakin’ nuke! Damn that’s ballsy.

I’m so stunned; I won’t even make fun of the ponderous, purposeless flashbacks. Let’s just call this one a gutsy winner that may have saved a season. 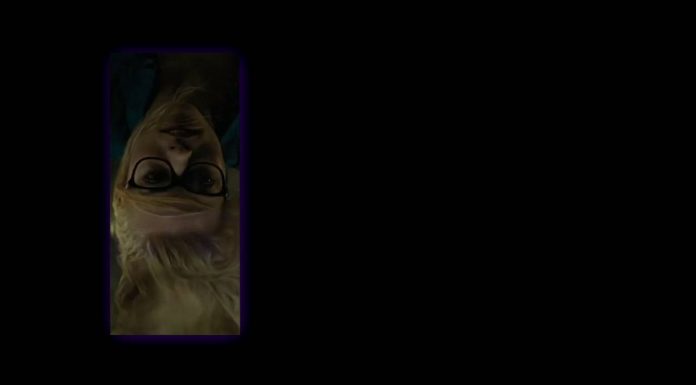