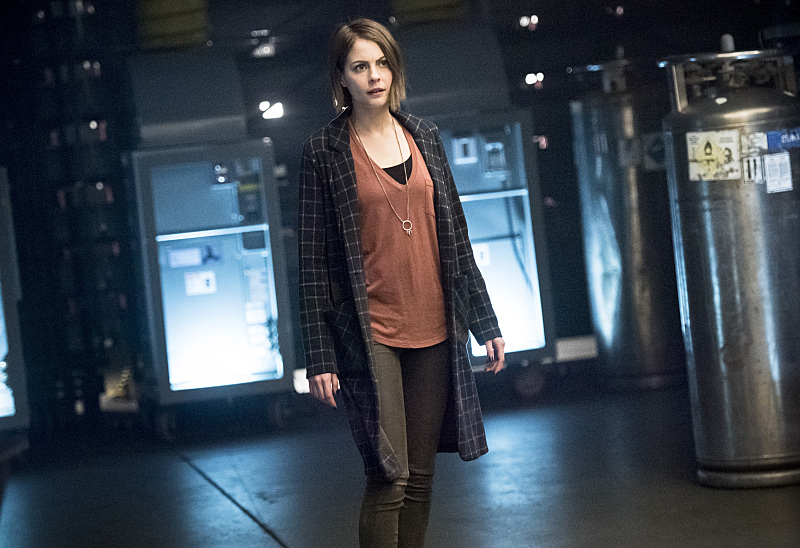 Check out Our Review [WITH SPOILERS] of Arrow Season 4 Episode 22: “Lost in the Flood”

This week’s episode of Arrow focuses on family as things get intense as the season begins to wind down.

Last week, Damien Darhk took over the world’s nukes and even managed to bomb a major residential hub in the US. This week, Felicity, Curtis, and Felicity’s estranged father Noah must engage in a hacking war with Darhk’s men in order to regain control of the world’s nuclear arsenal. Somehow, the episode manages to make three people just tapping on keys very fast and exciting. It all got very tropey (because remember kids, if you hit your keyboard really quickly, computers do things), but it is the charm of the cast and the interplay between Noah and Felicity that keeps this scene from being completely silly. Darhk has recruited Felicity’s high school hacker boyfriend introduced a few seasons back to take on the Smoaks and company and the fight is on. It’s like an internet flame war, but with really high stakes.

Of course the whole time, Felicity’s mom is worried that her brilliant daughter is growing too close to her immoral, absentee father so that provides even more drama. Thankfully, the family angst isn’t overwrought, but Noah does end up leaving after the day is won and the nukes are secure. Will Noah pull a Han Solo and return to save his family? I guess we’ll find out next week.

And Noah’s family needs saving because Darhk is pissed. While “Hackamania” is going on, Arrow and Diggle descend into Genesis to rescue Thea and take down Darhk. Thea has been exposed to Darhk’s mind control pills thanks to Malcolm Merlyn so Green Arrow and Spartan must fight their way through the Wayward Pines-like town to save Thea.

But there’s a wildcard in all this: one Lonnie Machin, the villainous Anarky. Machin is somehow loose in Genesis and is doing his best Joker impersonation. He wants to get back at Darhk by taking down the whole of Genesis. Darhk is so distracted by the Smoaks, that he is helpless to stop Anarky from kidnapping his daughter and murdering his beloved wife. So finally, we have seen Darhk suffer a loss. It was really intense to watch Darhk’s veneer of confidence shatter, to see a man with the power of ten thousand dead souls be powerless to prevent the loss of those he cares about.

The only problem with all this is Lonnie Machin hasn’t really appeared much this season. He has popped up now and again, but one would think that a wildcard villain that will play such a pivotal role in taking on the big bad would have been explored more over the course of the season. Imagine if some of that endless Olicity drama was replaced with more “getting to know Lonnie Machin” – a pivotal piece of the season climax. And I would love to see more Machin because this guy is truly fascinating.

So next week we conclude with another fight for the soul of Oliver’s city. I wonder if season four can stick the landing, but if next week’s conclusion emulates this week’s episode, we should be in good shape.