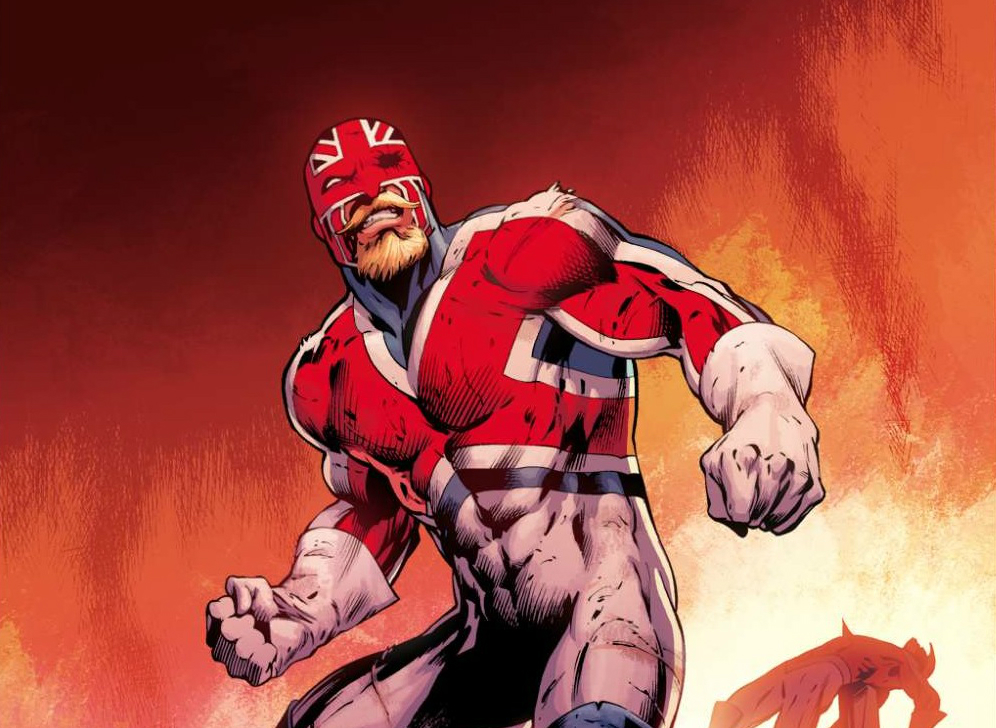 We’ve seen characters come in all shapes and sizes in the Marvel Cinematic Universe. There are men draped in Iron. Men with pinpoint accuracy using a bow and arrow. Green giants who smash everything in sight. For the most part, they all have one thing in common; they’re mainly American (as well as Asgardian).

That could change soon, due to the potential creation of a Captain Britain TV show. 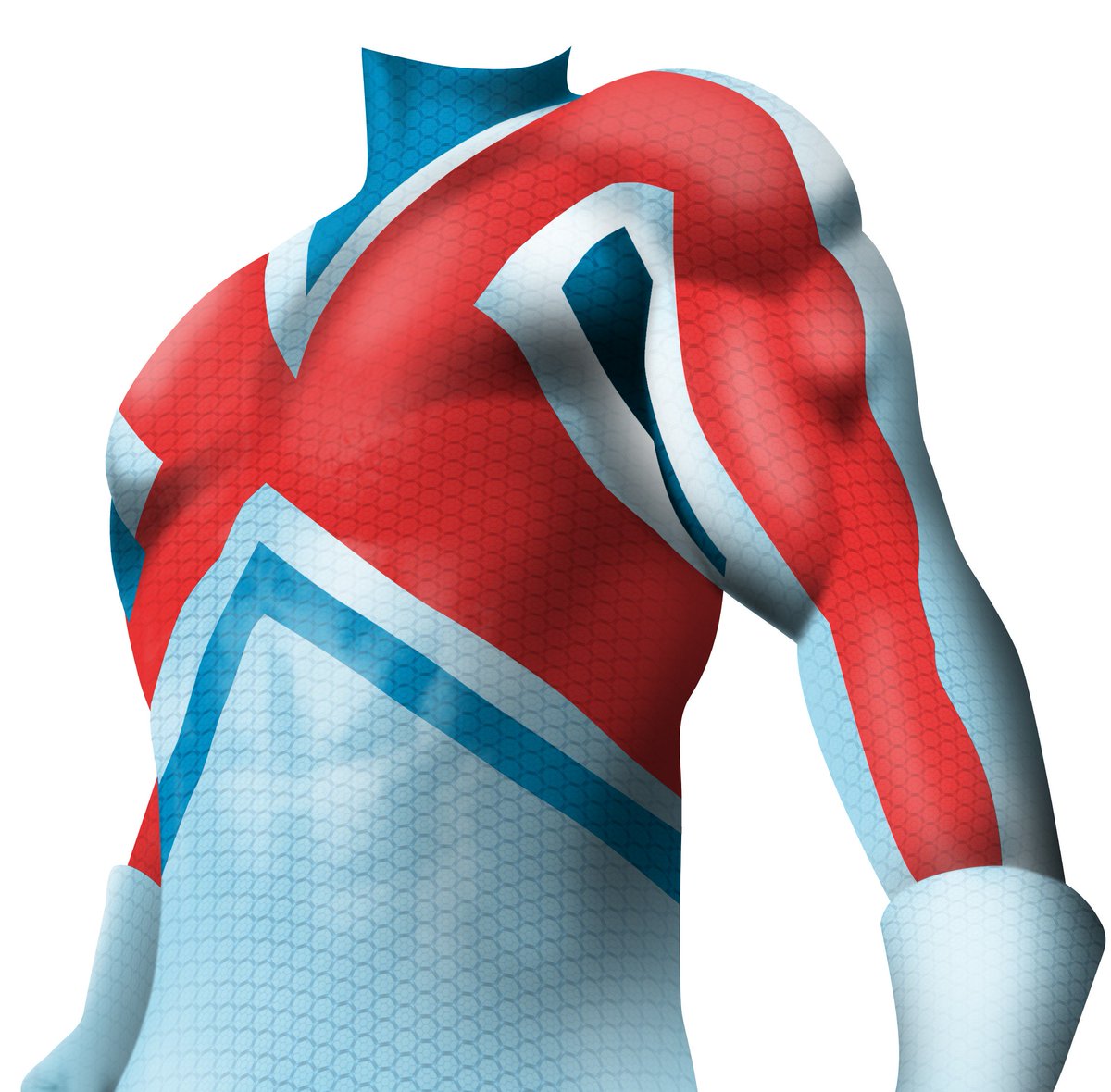 Scottish artist Ciara McAvoy sent out this picture in a tweet, along with the question, “Who will be playing Brian Braddock in the upcoming tv series”?

Wait… what? Did she just spoil the announcement of a Captain Britain TV show? Is Marvel even making a show about Captain Britain? Is he joining Agents of S.H.I.E.L.D.? Will it be on Netflix? ABC? The BBC?!?!?! SO MANY QUESTIONS!!!

McAvoy was quick to tweet out a response, saying “I can’t reveal anything yet but hopefully I’ll be able to soon. Waiting for the go ahead from the co-producer.” Was this a case of premature tweeting? Or maybe some elaborate Marvel marketing to gauge people’s reactions to the idea a of a Captain Britain television show? Either way, the “Cap” is out of the bag now… so let the speculation begin!!!

I mean, why not. We’ve already gotten Daredevil, Jessica Jones, Luke Cage and Iron Fist on Netflix, why not let Captain Britain join the fray. While some might see him as just the UK counterpart to Captain America, his origins would make for a fun story, slightly different from anything we’ve seen… so far.

Given his powers by mystical Merlyn, Brian Braddock fights to uphold the virtues and honor of Great Britain. You could treat the show as Marvel’s King Arthur, with Braddock earning the privilege to use the “Amulet of Right” (the source of his powers). Much like how the current Netflix corp. is working its way towards a Defenders show, a Captain Britain feature could lead to the creation of Excalibur (Great Britain’s version of The Avengers). With more magic, space travel (including multiple Earths) and fancy accents added, Captain Britain could be unlike any other show Marvel has to offer.

It’s not far-fetched to think that Captain Britain could soon make an appearance in another MCU-established program. Braddock has a long history working with S.H.I.E.L.D., as well as S.T.R.I.K.E. (The UK’s Covert Spy Group). With Mockingbird and Lance Hunter leaving Marvel’s Agents of S.H.I.E.L.D., there is a hero vacancy (as well as British void) that needs to be filled. By bringing Brian Braddock on board as a regular character, you can slowly show him becoming the hero he was destined to be, even as a supporting character on the show. It could also bring S.T.R.I.K.E. back on board, following their appearance in Captain America: Winter Soldier.

Or perhaps as Morse and Hunter carve their own path on Marvel’s Most Wanted, they’re going to need some allies (or super-powered opponents). Lance Hunter’s Marvel history has plenty of encounters with Braddock. With Hunter and Morse now on the run, could we see him turn to an old friend for help? And could that friend be Brian “Captain Britain” Braddock? Or, could Braddock be used to bring Hunter to British justice?

Any of the Netflix projects seems unlikely for a Captain Britain appearance (unless Braddock somehow gets lost and ends up in Hell’s Kitchen). There is also the rumored Damage Control comedy coming to ABC; that could probably use some super-powered assistance in rebuilding from all the damage The Avengers do. With plenty of Marvel TV shows to choose from, you can’t rule out Captain Britain showing up in any of them.

-SOMETHING COMPLETELY OUTSIDE THE BOX

Now for something completely different. Captain Britain is not a household name. Sure, he had a series written by the legendary Alan Moore, but most casual fans have no idea this character even existed. Marvel has already taken liberties when it comes to the MCU, so why not do it again… by turning Nick Blood’s Lance Hunter into a new version of Captain Britain.

Blood is awesome as Lance Hunter and was one of the best parts of Agents of S.H.I.E.L.D., before he left this week for his own spinoff with Mockingbird. His character needs to grow and by offering him the Amulet of Right and the powers that come with it, you can bring that superhero element to Marvel’s Most Wanted. If it doesn’t work, you can even have Hunter turn the amulet over to Brian Braddock… who can then get his own show; a spinoff of a spinoff.

The idea of a Captain Britain show is fun, but until we hear anything from Marvel, Ciara McAvoy’s tweet should just be seen as a “what if.” She had been commissioned to do other work for Marvel for Doctor Strange, so it shouldn’t be a shock that they turned to her again for a Captain Britain mock-up. However, there is a big leap of faith to take to think this one image could lead to an actual television show. Still… I’m willing to take that leap.