On September 30th, the Marvel/Netflix cooperative will release Luke Cage, the third television series based on a slightly more realistic Marvel superhero meandering about a Chitauri-ravaged New York City. Technically, this is the fourth series, but only if you’re counting the second season of Daredevil. Anyway, yes, Luke Cage is the third UNIQUE series featuring another especially empowered denizen of New York City struggling to deal with powers and circumstances befitting an untrained individual beset with said powers and circumstances. To celebrate Luke Cage’s impending arrival, Netflix included a [SPOILER] Luke Cage teaser trailer right after the final episode of Daredevil Season 2. Now, if you haven’t made it to the end of Daredevil Season 2, but want to reap the benefits of completing Daredevil Season 2, then feel free to enjoy the Luke Cage Teaser Trailer placed above for your convenience.

Now, Luke Cage (Mike Colter) was introduced in the first season of Jessica Jones as the nearly invulnerable barkeep mourning the tragic loss of his wife. He and Jessica got along famously until the whole, “while under the control of The Purple Man I may have accidentally murdered your wife” bit. Yeah, that sort of confession can sour any relationship.

So, Luke Cage is back, and he’s not happy. And really, why would he be? Not sure which way the series is going to swing, but these Marvel/Netflix cooperative efforts are very, very close to the source material. Knowing this, Cage probably agreed to some questionable experimentation in order to mitigate his jail sentence. How the hell did he end up in jail? He was framed, m’man. So, sent to jail, and then experimented on. Ugh. 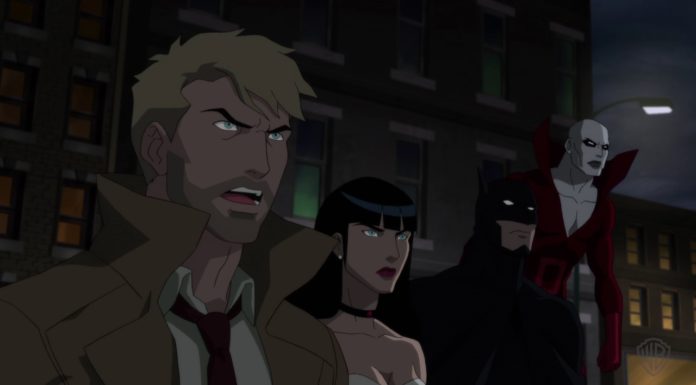