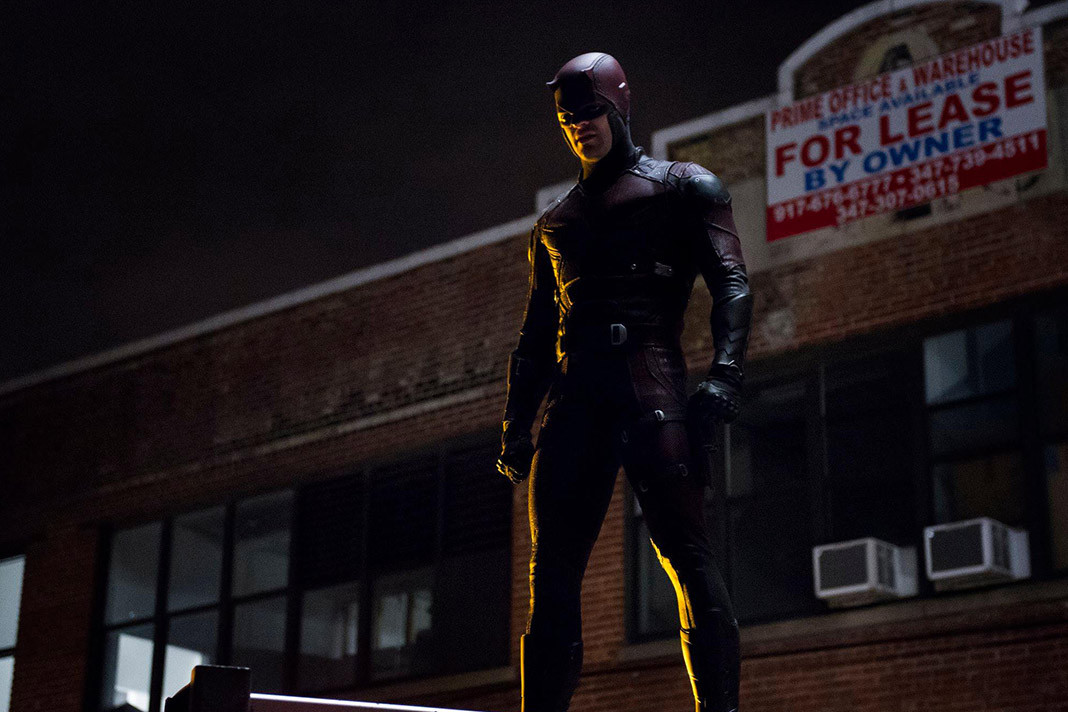 Are you ready for another amazing season of Disney’s Marvel’s Netflix’s Daredevil? We sure as heck are! Unfortunately, we’ve got quite a bit of a wait between now and then. Lucky for us the @Daredevil Twitter page has been more than generous with its teasers. This Daredevil Season 2 Costume Sneak Peek is just the latest reveal from the shows social media account.

The updated costume from Melvin Potter’s Yoohoo workshop seems to feature a little more armor plating and what looks like a grappling-hook type billy club/cane. Perhaps the Man without Fear will be doing a few more high-flying stunts this season? That would come in handy with certain stilt based adversaries like…STILT MAN! Who we will probably never see grace the big or small screen. But, hey, a guy can dream.

All this awesomeness seems to be hidden in a little wooden box, possibly a drawer? Maybe Murdock will starting hiding his gear inside of Nelson & Murdock’s Hell’s Kitchen office.

What are you most excited for in Season 2 of the groundbreaking superhero series? More Karen Page backstory, Punisher being violent, Elektra being crazy, or maybe just the Kingpin staring at some more drywall. Let us know in the comments section below!