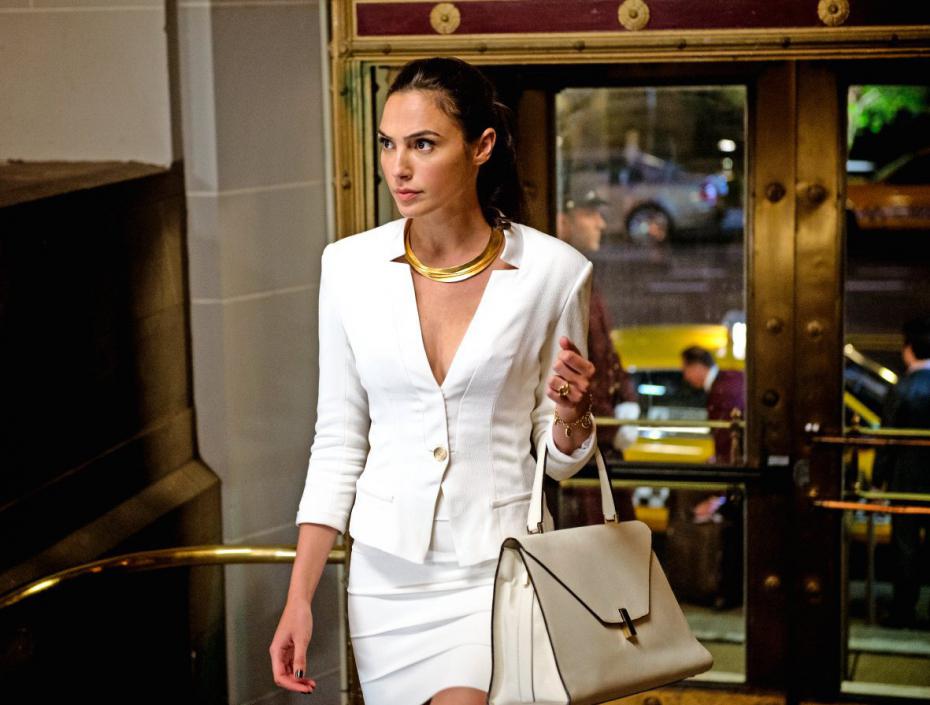 Waiting in sheer agony is no fun, and the way DC is teasing us with bits and pieces of information via set photos is not helping our anxiety. Never mind that Gal Gadot is making her Amazon warrior debut next month to complete the DC Trinity for the first time on the big screen. Never mind that we’re finally getting a solo Wonder Woman movie that we deserve after countless cancellations. Never mind that we have to wait another unbearable year until its release on June 23, 2017.

And never mind that Chris Pine is looking mighty fine in that WWI garb.

What we need to focus on right now is all of the facts we know about the Wonder Woman movie so far, just so our eager expectations can be abated long enough before we fall of the edges of our seats in excruciating anticipation.

Fans (and traffic) went crazy a few days ago when Trafalgar Square was closed off for filming the Amazon princess from Themyscira. Based on the latest set photos, we see that the setting is all about the First World War, with some sort of celebration going on in the Square. This setting is accurate enough; the 1941 comic book began with Steve Trevor, a U.S. Army Intelligence pilot, crash-landing on Paradise Island on the tail of some nasty Nazi agents during World War II. In the Bombshells comic series, Wondy helped out with the war effort as well, so world wars are pretty much the motif for Diana’s origins and relationship with man’s world.

The movie is supposed to go back and forth between past and present times, most likely around the same time the events of Batman v. Superman will be occurring, allowing us, the grateful audience, to witness Diana’s origins and her current dealings with our world today.

Etta Candy was Diana’s gal pal in the comics and can be kinda considered her loyal sidekick. With all the various reboots, Etta later became a military officer who married Steve Trevor, and in another revamp she became Trevor’s secretary.

Whichever backstory they decide to follow, it’s still clear that Etta Candy, to be played by Lucy Davis from BBC’s The Office, will be in the movie based on the latest set photos from the film.

Zack Snyder said it himself—the warrior-princess will be that old. That sort of makes sense since they want to show her past, and her in the present, which makes me really curious to see how she’s going to handle the two little boys in the sandbox duking it out in Batman V Superman. Will she be standing on the sidelines getting amused by the battle deciding which “hero” has more testosterone, or will she be all, “Screw it—I’m too old for this shiz. You little boys better behave and clean up after yourselves or Momma’s gonna spank.” (Or maybe not.)

Surprise, surprise: Hollywood’s gonna be milking Chris Pine’s A-list status for all it’s worth. They can’t not use him for the WWI scenes as that’ll be practically half the film already, but if they do use him in the past, how can they justify using him again decades later during the present time? The solution is simple: have Pine play both his ancestor from WWI and his own present Steve Trevor self. This will also open up Pine playing Trevor in case any more future Justice League films come up.

Instead of being forged from clay, Princess Diana is going to be Zeus’ daughter, making her a demigoddess. Her mother, Hippolyta, will be played by Danish actress Connie Nielsen as the Queen of the Amazons.

There’s also some talk about how the plot is going to pan out, like the main villain being the sorceress Circe as controlled by Ares, the god of war. It’s obvious that there’s going to be a lot of Greek mythology involved, which is just absolutely awesomesauce.

What are you looking forward to the most in the new Wonder Woman movie? Is it the action, the romance, the tragedy, or just the sight of the glorious Gal Gadot in her provocative Amazon battle armor? Shout out in the comments below!