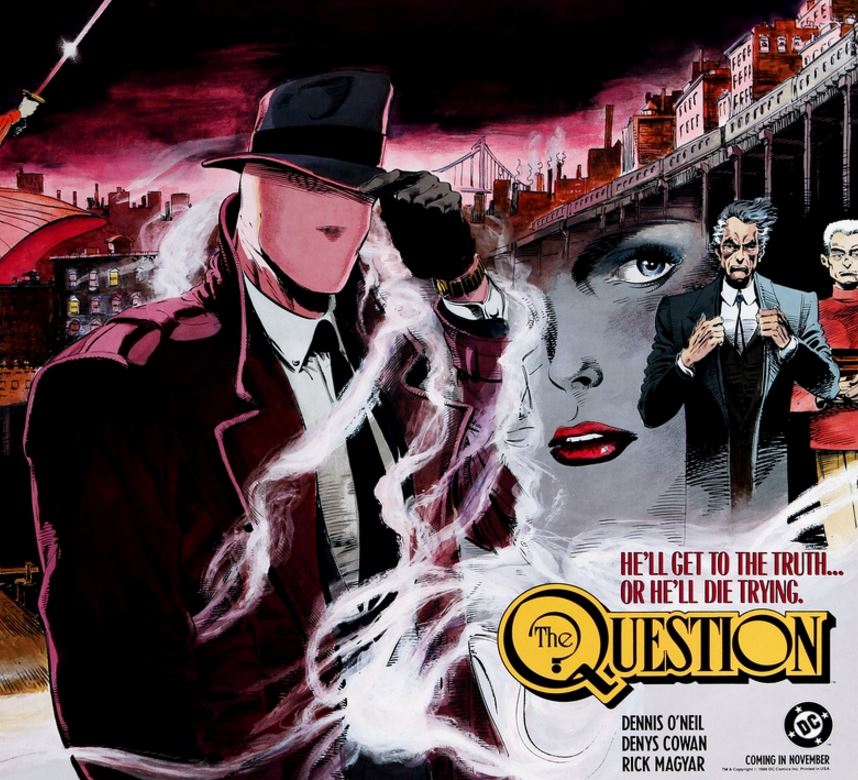 And, since we’re talking about classic DC character The Question, I simply had to present the title in the form of, yes, a question. Anyway, Arrow Executive Producer Marc Guggenheim recently shared a tweet hinting at a location our intrepid, green-themed arrow-slinger might visit in future episodes of Arrow Season 5. What’s notable about this location? Well, Hub City is the location of classic DC vigilante The Question, aka Vic Sage.

Firstly, Guggenheim’s tweet fueling questions regarding the potential inclusion of, yes, The Question.

Headed out of town… pic.twitter.com/bxVsRBu8iV

Who Is The Question?

Vic Sage is a reporter for the KBEL news station in Hub City. He uses this position, and the information gleaned through reporting, to more effectively fight crime. His uniform is a combination of simplicity and perhaps intentional creepiness; a blue fedora and trench coat, and the utilization of a substance known as Pseudoderm to effectively covers his face and mask any discernible features. Icky.

Look, there are other DC characters that inhabit Hub City — like Blue Beetle/Ted Kord for example — but there are other clues that point to a future Question appearance.

It references the News Network WWB (World Wide Broadcasting). We’re thinking this is the CW version of KBEL.

So, are we going to see the often hinted at Question appearance in Arrow Season
5? Hmmmm.