Home TV Editorials Everything You Need to Know About the 6 New Villains of Flash... 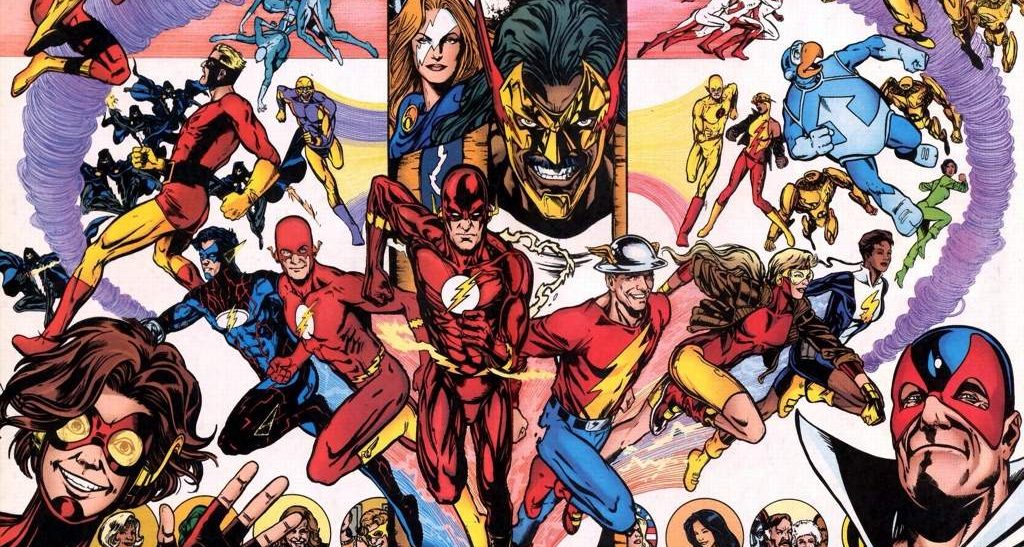 Because October 4th can’t possibly come any sooner (where is the Speed Force when you need it?), we’ve compiled a list of the latest characters that will be added to The Flash Season 3. Barry pretty much ‘effed everything up when he went back into the past to save his mother at the end of the last season, and now that the timeline has been altered, we’re hoping for a very “Flashpoint-y” outcome for our favorite speedster. For those who aren’t too familiar with the comics, we’re providing a short-list detailing the 6 new villains of The Flash Season 3. Why? Because every dimension is dependably rife with super-powered villainy.

This big bad speedster was first brought to life in the pages of Mark Waid and Oscar Jimenez’s 1995 run. A Cold War pilot testing out a supersonic fighter jet, Savitar—surprise, surprise—got struck by lightning as his plane was accelerating at top speed, granting him his super speed. Because he went a little cray-cray with his speed obsession, he was able to achieve incredible abilities with his speed, instant healing and force field generation included.

Savitar also has the ability to lend his speed to other objects, and because of his insane powers, he gained a following called the Cult of Savitar or the Thunderbolt Agents. He also tried to transfer speed to his little fanclub, but ended up getting defeated when Wally West, Max Mercury, Johnny Quick, and the other speedsters teamed up to absorb him into the Speed Force. Will we be seeing a bunch of diehard fanatics turning into evil super-speed-ninjas at Savitar’s beck and call? And more importantly, will we be seeing a nerd-gasmic team-up of all the speedster superheroes against Savitar? Yes, please.

Vampire Diaries and Spartacus: War of the Damned actor Todd Lasance will be playing The Rival, who’s really an actual…rival. As a university professor, Edward Clariss believed that Velocity 9 was his—and not Jay Garrick’s—formula. Driven by his anger and Jay’s perceived betrayal, he steals the formula and becomes the villain, The Rival. He was defeated by being absorbed into the Speed Force (seriously, it’s like a super-villain prison ala-The Phantom Zone in there), and was never seen since. As for the adaptation for The Flash Season 3, the possibilities are endless. But honestly, as long as we can see John Wesley Shipp donning the Jay Garrick costume again, we’re good.

While Albert Desmond, a.k.a. Doctor Alchemy, isn’t as well-known as the other villains in the Flash Rogues Gallery, he’s an incredibly interesting character because he’s got split-personality disorder. The chemistry master could be sorta like Two-Face, so his good side could be Barry’s pal and his bad side could be Barry’s enemy. That’ll be a really cool dynamic to see in the series. Speculations have been going around that Tom Felton’s Julian Dorn could be Doctor Alchemy’s good side, but these rumors haven’t really been confirmed yet. His ability to wield the Philosopher’s Stone can be quite formidable, especially if it can turn something into anything else. Now, if only he could turn Wally into Kid Flash a little faster…

We’ve already got Captain Cold and Heat Wave, so why not Mirror Master? To be played by Damon Gray, this popular Rogue was, of course, the victim of another experiment gone wrong, but the Sam Scudder of the show will reportedly be a metahuman as opposed to just wielding a mirror gun. It’ll be interesting to see if he can jump into mirrors and teleport through dimensions. Maybe that’ll make the alternate timeline even crazier than it already is.

I suppose gender-swapping is really a thing now, as The Flash Season 3 version of the Top will be Rosa Dillon instead of Roscoe Dillon. Originally a guy who trained himself to spin like a top, the Rosa Dillon version will be played by Awkward’s Ashley Rickards; she’ll be a crazy chick who can turn everyone’s world upside down. We’re not quite sure what that means just yet (it’s been said that she will be Mirror Master’s partner-in-crime), but if she’s anything like the Top in the original comics, she should be able to create intricate tops and gain psionic powers as well. Could she be another meta in Season 3?

The Rogues Gallery is certainly growing with each new season. To be played by Independence Day: Resurgence‘s Joey King, Frances “Frankie” Kane can control magnetic fields in the comics, so Magenta is pretty much like Magneto with the same color scheme. She used to be Wally West’s girlfriend, too—so we might see a little bit of that in the show. Even speedsters need some lovin’, right?

Aside from the recurring characters (Gorilla Grodd and maybe the Black Racer included), who are you looking forward to seeing the most in The Flash Season 3? We’d love to hear what you think! 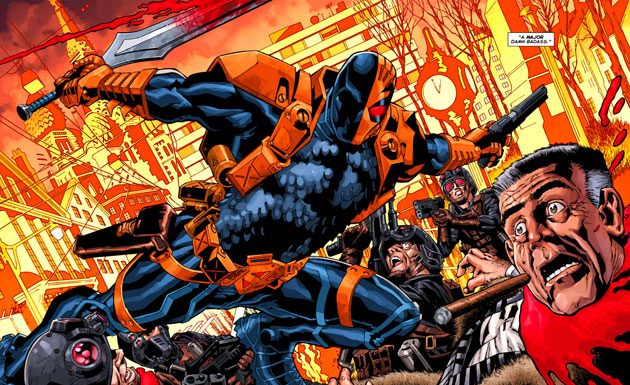 Who Is Deathstroke? 5 Cool Highlights Regarding DCEU’s New Batman Villain