Home TV News First Look at Azrael on the Set of Gotham!

Check it out! It’s our very first look at Azrael on the set of Gotham! AHH! Wait…WHAT THE F***!???  Gotham’s shocking mid-season finale left us reeling with the [SPOILER ALERT!!] apparent death of Theo Galavan. Well…I used the word “apparent” for a reason, since he’s [SPOILER ALERT DEUX!] “apparently” back and in the armored guise of ….AZRAEL! Gotham Producer John Stephen mentioned back in November that Azrael, along with the Order of Saint Dumas, would play a larger role in Gotham, so…here’s your proof, you heretical non-believers! Now, let’s check out those images courtesy of our friends at Daily Mail!

“Azrael is a legacy of religious crusaders and vigilantes passed down since medieval times. They are agents of the Order of St. Dumas, an extremist Christian cult that brainwashes soldiers into trained assassins.”

One such Azrael, Jean-Paul Valley, would become Batman’s apprentice, and later his replacement after Batman’s back-breaking defeat during the now-classic “Knightfall” storyline. Yup.

Ready to see Azrael take on the likes of Gotham’s burgeoning population of color-themed, especially expressive super-villains?? Gordon could sure as hell use the help.

And check out our AWESOME Gotham/Batman merchandise that you can wear/adorn yourself with several times before February 29th! 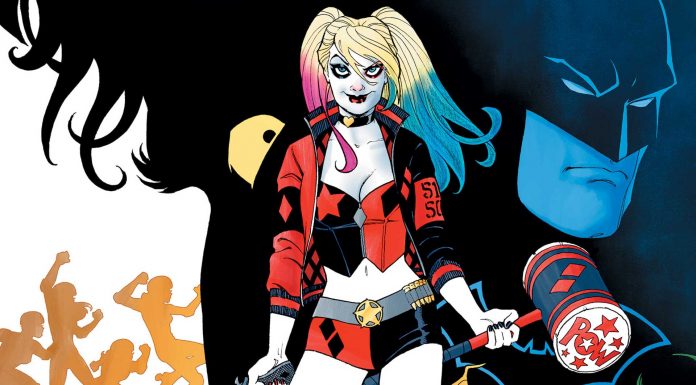 Let’s Keep Toxic Fandom Where It Belongs: In 2017

Spider-Man: Homecoming- What Worked and What Didn’t

Your Step by Step Guide to Selling Comics on eBay