Here it is, in all its glory! It’s the first official look at The Defenders assembled, and this image of the New York-based, Netflix/Marvel super-group comes to us courtesy of Entertainment Weekly! 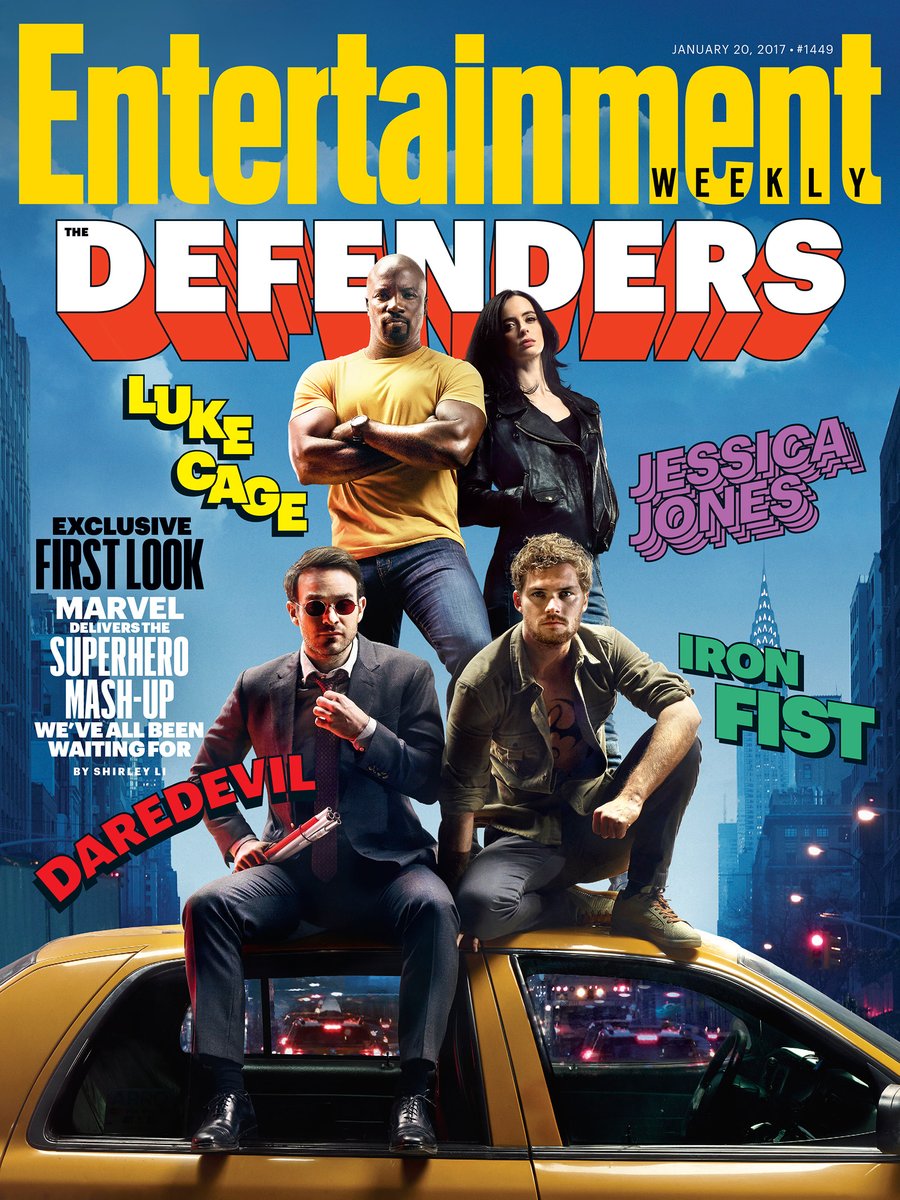 Besides the image, EW also provided an exclusive “First-look” video featuring interviews with each Defender, and behind-the-scenes goings on. OBSERVE!

Amidst The Defenders info contained in said “ish,” the reasoning behind their assemblage is hinted at, and apparently contentious and mostly unwanted — even by season’s end.
“The Defenders didn’t have a ‘D’ on their belt buckles and a Defenders Tower,” says Marvel’s head of TV Jeph Loeb. “We agreed from the very beginning that these folks could at the very end go, ‘I never want to see your face again.’”

If you’ll excuse me, I need to this finish this article with the utmost haste and snag myself a copy of this veritable Defenders bible.