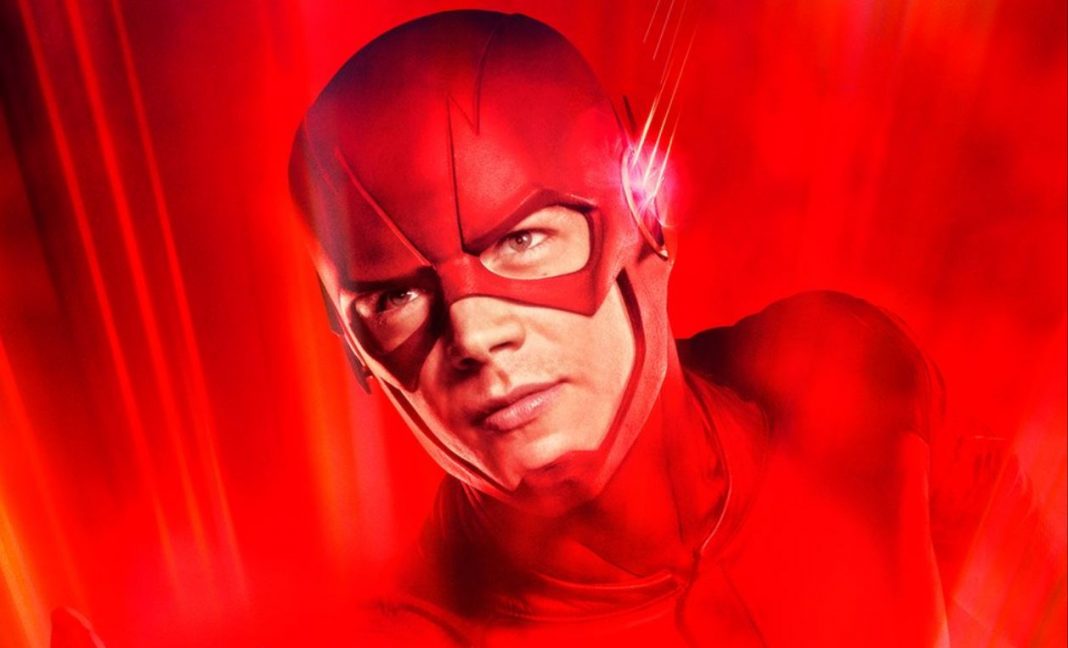 Check out the very first OFFICIAL poster for The Flash Season 3! It’s an image of The Flash, aka Barry Allen (aka actor Grant Gustin), running at speeds that transform the usual, dynamic colors of reality – and the atomically constructed sources of those colors (buildings, people, places, things) – into a sharp, phasing slathering of fiery red. Translation- this is what sh*t looks like when you’re brushing against light speed, or surpassing it and running through the arteriole space winding between universes. Anyway…OBSERVE!

In this Season of...THE FLASH!

Barry went and did it; he went “back” in time and undid the dying of mama Allen. How did time react? Well, it went and tried to salve this inconsiderate malady by creating a reality where mama Allen still lives, breathes, gardens, and makes to-die-for chocolate chip cookies.

Is meddling with time a good thing? Not usually. Why? Because if a violent occurrence in a certain timeline is purposely mollified, that once deflated, terrific act of terror expresses itself as another crisis…with an extra helping of misery.

So, bringing mom back will probably result in the birth of Darkseid.