So, FOX is releasing a new live-action/animated hybrid mixing He-Man, Conan the Barbarian, and Space Ghost Coast to Coast, grounding it all within the story of a father who wants to spend more time with his son, Alangulan. Yep, Zorn – one of the few animated aspects of the series and voiced by Jason Sudeikis – left the fantastical world of Zephiria (sp?) in order to reconnect with his son dwelling in the more mundane, slightly more three-dimensional, “real” world. It’s called Son of Zorn, after all. So, what happens when an animated super-barbarian leaves his world of physics-defying heroism and finds himself in suburban America? I’ll tell you what happens: hilarity ensues. LOOK UP! PRESS PLAY! ENJOY!

So, to truly indoctrinate himself regarding our “reality,” and to remain within flying-eagle distance of his son, Zorn procured himself a jobby-job. Where does he work? Why, that would be at Sanitation Solutions, where his boss dresses like a woman, looks like a woman, carries a purse and even uses tampons. Well, she IS a woman, but Zorn isn’t currently aware of any females capable of holding positions of superiority. Yes, he might be a little sexist, but the testosterone-fueled world he comes from probably contributes to that perspective.

His son currently resides with his ex-wife, Edie. Zorn and Edie had a very, very interesting life on Zepherriah (sp?) before she left for the Troll-deprived land of a slightly more physical Earth. Oh, Edie now has a fiance; his name is Craig. Zorn….hates Craig.

Son of Zorn debuts this fall on FOX! YES! 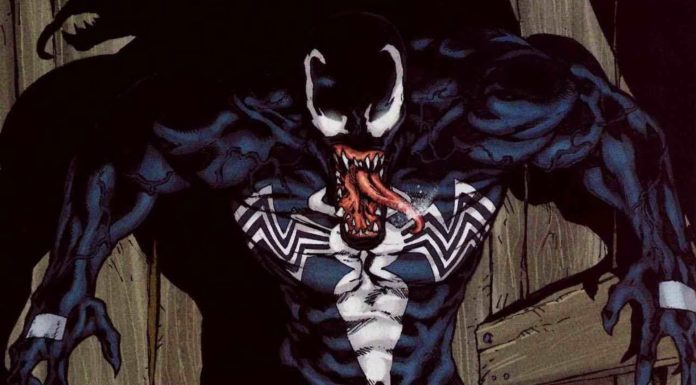