Home GEAR Gear Up for Agents of SHIELD Season 4 Premiere with Robbie Reyes... 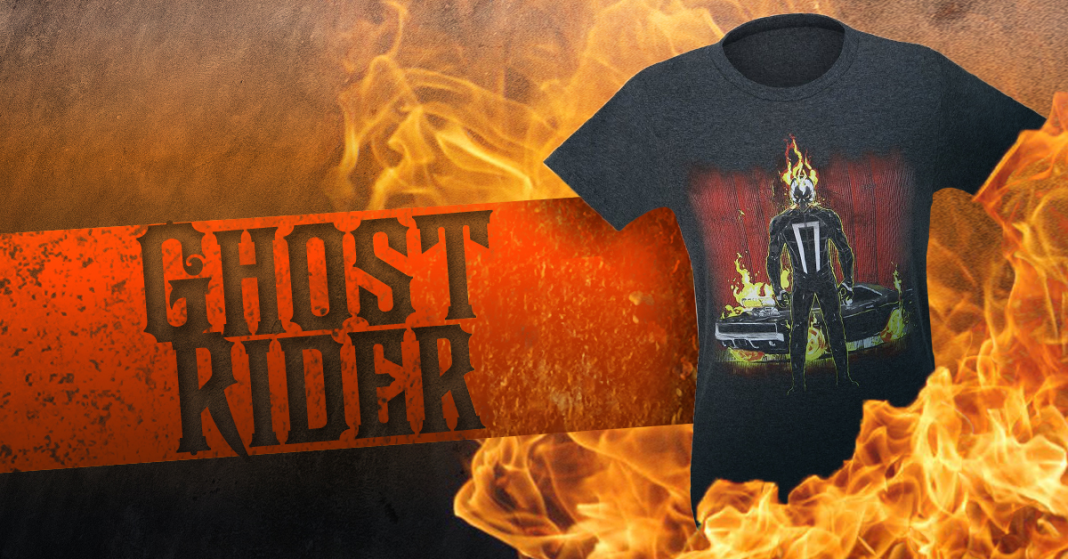 He’s here for vengeance! Robbie Reyes is out to kill the F### out of all those horrible F#### who killed the hell out of him!! And we’re going to see it! We’re going to watch it happen in Agents of Shield Season 4 when the new, flame-engulfed Spirit of Vengeance (with a preference for cars) catches the attention of a particular group of SHIELD agents during all that combustible vengeance seeking! Anyway, to celebrate the premiere of Agents of SHIELD Season 4, and the introduction of Ghost Rider to the Marvel Cinematic Universe, we present you with some official Robbie Reyes Ghost Rider Swag!

So, what’s up with this new Ghost Rider?

Unlike Johnny Blaze, this Ghost Rider is possessed by something other than the actual, bonafide, Union-approved Spirit of Vengeance. Yep, Robbie has the pleasure of being possessed by “Eli,” a Satanic serial killer who murdered and dismembered 37 people (or more!) in rituals before he was eventually shot and killed by police in 1999. YAY!

So, ready for Ghost Rider (and, I suppose, Agents of Shield Season 4)? Cool, then you should buy the above Ghost Rider T-Shirt.