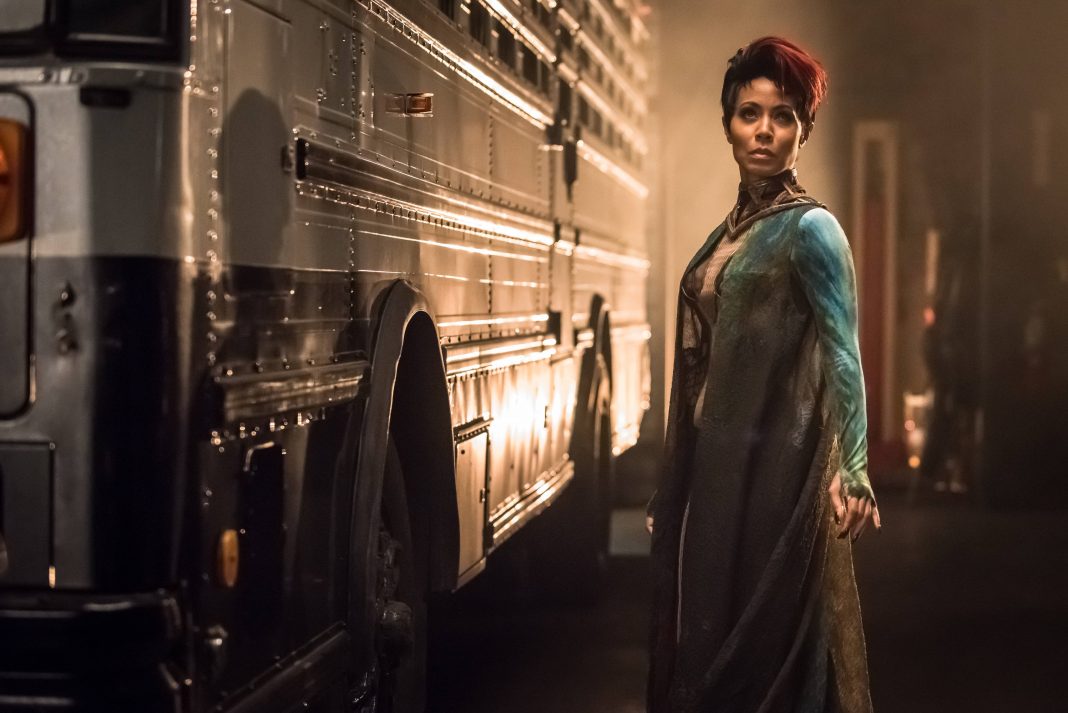 Check out Our Review [WITH SPOILERS] of Gotham Season 2 Episode 22: “Transference”

Well, that was one busy finale, huh?

Gotham concluded its second season this week, and while there was a certain nerdy charm in trying to cram so many toys into one sandbox, narratively, it didn’t work. At all.

Gotham has many intriguing regulars with many different motives, emotional directives, and morality sets. The good side is represented by Gordon, Bruce Wayne, Alfred and Bullock. The bad side features Penguin and Riddler. The neutral “side?” That’s represented by the wild Selena Kyle. Regardless of their allegiances, drives and goals, most of Gotham’s cast is pretty well-realized and likeable. That’s why it is so disappointing that no one gets a chance to shine in the finale. There’s just too much stuff!

What for instance? Well…

Deep breath. There’s Edward Nygma trying to kill Bruce Wayne and Lucius Fox. There’s a vengeance-driven Penguin who, along with Butch, races to Arkham to get revenge on Hugo Strange. There’s Strange himself who is ordered by the newly revealed Court of the Owls to destroy Arkham Asylum. There is Bullock and Alfred who are being distracted by Clayface disguised as James Gordon. There is Barbara Keane who exposes Clayface so Bullock and Alfred can race to Arkham to save their friends (okay, this part is really cool). There’s Mister Freeze and Firefly who end up having an elemental grudge match that takes down Strange. There’s Selena Kyle caught in the middle of it all and there’s Fish Mooney and her new persuasion powers who manages to escape Arkham and unwittingly release a cadre of newly created mutates. Whew, I need a drink.

Everything happens, so by extension, nothing happens. No one gets a chance to shine or develop, and no arcs are wrapped as the finale seems anything but final. It is like watching hyperactive grade-schoolers banging DC Direct action figures together. Sure, it’s fun, but kids, it ain’t deep.

It’s kind of a shame because the show looks great and all the actors play the roles perfectly. It’s sincere and totally popcorn-like fun, but man, there’s just too much stuff. There’s no central character, no cohesive narrative journey, and no thematic meditations.

But there is action, disjointed as it may be, and there’s clearly a very talented cast having a blast. Honestly, there was no direction in all of season two of Gotham. What was the point of Galavan and Azrael again? But that doesn’t mean I don’t enjoy it in spite of myself, because man, is it a neon-lit train wreck. Maybe when the talent behind the show starts taking their jobs a bit more seriously this show will turn from a fun ADD toy box into something that actually resembles a comic book drama.

Let’s call it 2 ½ for the magnificence of the cast, shall we?

Theories: Who is Supreme Leader Snoke?

Celebrate the Vigilant Defender of Our Dimension with the Doctor Strange HeroBox!

Child Sees Superman Fly for the First Time, and Now There’s Something in My...