Home TV News Jay Garrick Is Back in New Images from ‘The Flash’ Season 3... 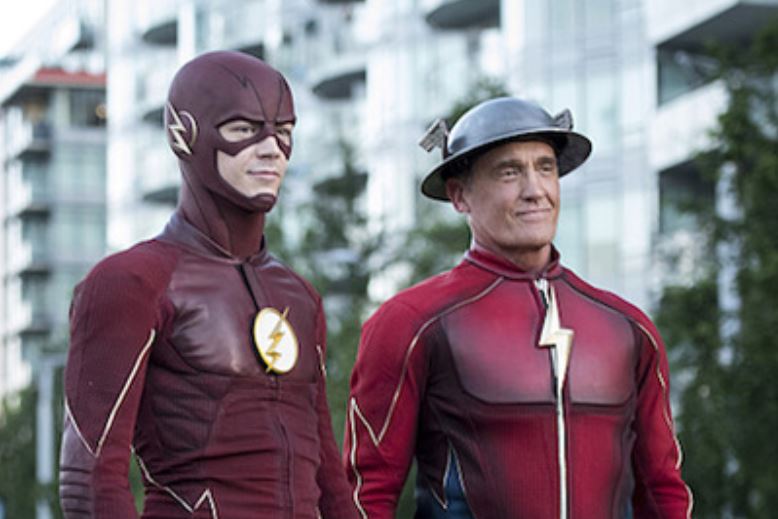 The CW just released a veritable poop-ton of images from the second episode of The Flash Season 3 entitled “Paradox.” Yes, we know Barry went back and undid the death of his mother, instigating a “Flashpoint” event leading to the near nullification of one reality, and the abhorrent birthing of another. While continuing the “Flashpoint” story, “Paradox” is especially interesting due to the introduction of Julian Albert (Tom Felton. Harry Potter, anyone?), and return of “Golden Age” Flash, Jay Garrick! Anyway, let’s press on to that veritable poop-ton of Flash Season 3 images I was going on about. OBSERVE!