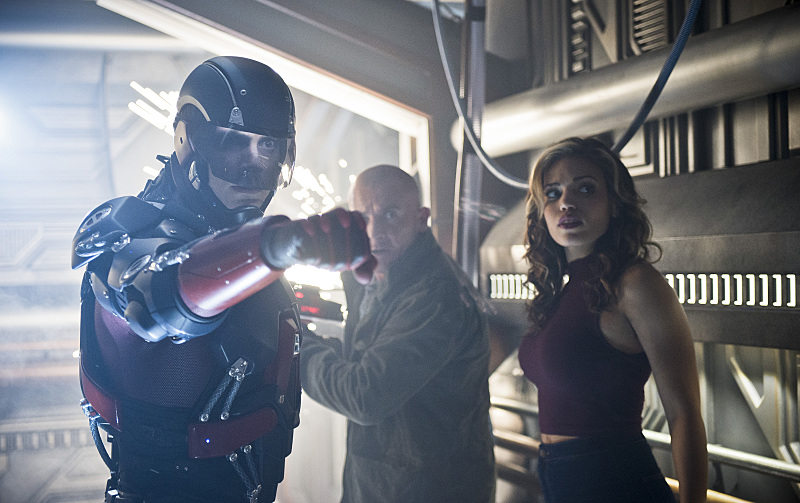 Check out Our Review [WITH SPOILERS] of Legends of Tomorrow Season 1 Episode 14: “River of Time”

If you enjoy stories about heroes making horribly dangerous and completely out of character choices, then this week’s episode of  DC’s Legends of Tomorrow is for you.

Last week, Hawkgirl was a feather away from killing Vandal Savage, until the immortal despot revealed that he held Hawkman in his thrall. Now, to save Carter Hall, the Legends captured Savage. Rip Hunter also discovered that Savage has been using future technology, something that could convince the squirrely Time Masters to remove Savage from the time stream.

So Savage was on board, and the dumb began. Ray Palmer and Hawkgirl began their ceaseless relationship drama as Kendra was coming off like a flighty dunce rather than the immortal warrior she should be. Last week, Kendra chose to be with Ray, but she flip-flopped faster than a bribed politician as soon as Carter returned. How did Ray react? Well, we know Ray Palmer, right? We have watched him on Arrow and on Legends for a few years now; he’s always heartfelt and careful, analytical and task-driven. Surely, he wouldn’t indulge in a suddenly introduced rage of machismo and beat Savage in a fit of uncharacteristic and plot-convenient manliness, would he? And right there, the episode unraveled. Characters were just acting out of necessity not out of established parameters in order to move the plot from point A to point B. This was a betrayal of character and a betrayal of audience, as these weren’t the people who began this – up to this point – super-engaging quest.

Hawkgirl is a horrible person. A wide-eyed dope who can’t make a simple choice in the midst of a crisis. Yes, I get the themes of defying fate, but she is an immortal warrior. Allowing a romantic connection (one that just formed) to endanger all of time and space was petty and the legend of DC’s Hawkgirl is anything but petty. Hell man, the show won’t even give Hawkman any respect. He woke up in a dramatic moment, went after Savage, and was instantly stabbed. This woke up Hawkgirl who took her turn at Savage, and defeated him, by gently pushing him into a wall. That’s it. The whole episode was more concerned with the most contrived love triangle on TV, then, you know, being entertaining.

The episode did succeed with Firestorm as it offered an interesting plot twist. In order to repair the Waverider, Jax got dosed with time radiation and was aging at an accelerated rate. Martin Stein drugged Jax and sent him back home because Martin thought the journey back through time would reverse the radiation’s effects. Stein knew this would spell his doom because no Jax equals no Firestorm, but he potentially sacrificed himself so Jax may live. Sara Lance, Len Snart, and Mick Rory were also very cool this week, as per usual, but they basically just sat around and told you how stupid the other characters are. We know, guys, we know.

So Rip Hunter took Savage to the Time Masters and the council of time instantly betrayed him and freed Savage because of…reasons. Now, the whole team is caught except Sara and Len as the Legends continue to look stupider and stupider week after week.

These DC shows tend to get better after episodes that are complete duds, and I hope that’s the case, because this week’s episode of DC’s Legends of Tomorrow made me want to go back in time to prevent myself from watching it. 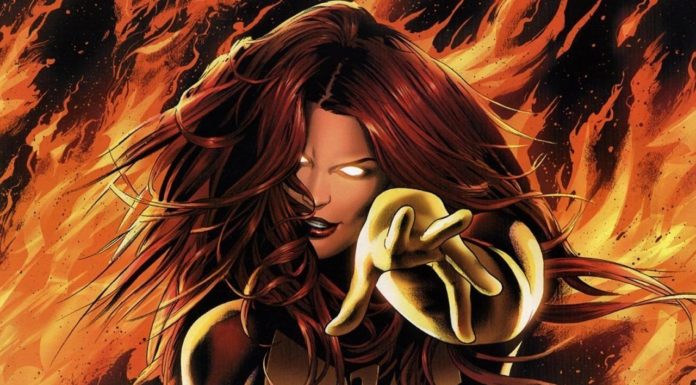 5 Things You Need to Know About the Dark Phoenix Saga

INVINCIBLE IRON MAN #1 Suits Up & Blasts Off This Fall!